Now this is what I call a Nazi zombie! 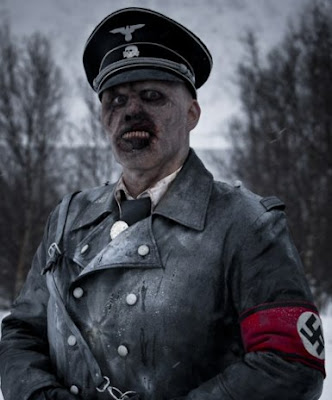 The Colonel comes from a Norwegian zombie film -- Dead Snow [aka Død Snø] (Norway-2009; dir. Tommy Wirkola) -- which is about a bunch of the usual suspects (young, attractive 20-somethings) having a holiday in the snow, when they accidentally wake up the undead fascists with all their archetypal debauchery and wicked rowdiness. And yes, there is apparently a knowing local who explains the backstory...

... how this snowy mountain side was a occupied by the Nazis in World War II. The townspeople eventually revolted against their horrible oppressors and drove Colonel Herzog and his minions into the high mountains. Supposedly they froze to death. (io9) 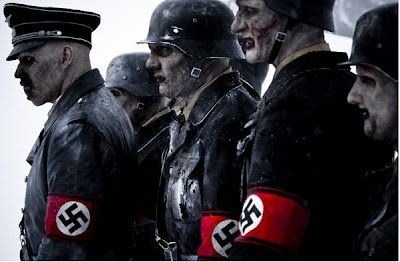 io9 has some good-looking clips from the film.
Posted by Undead Brainspasm at 8:49 AM