News regarding the remake/update/continuation of the 1960s movie franchise Daimajin has been limited, but here's some more imagery from it, discovered by Kaiju Search-Robot Avery while wandering the dark pathways of the internet. 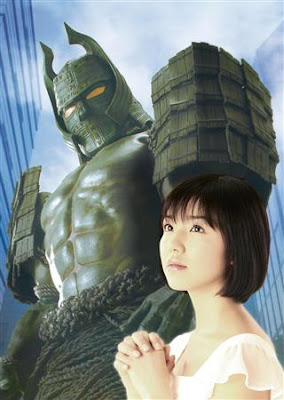 For those who don't know or who have forgotten, the Daimajin films were made in the heyday of Showa-period (specifically 1960s/1970s) Japanese daikaiju eiga -- when men were men, women were women and monsters were men in intricate "rubber" suits rampaging through even more intricate miniature cityscapes or -- in the case of Daimajin -- medieval towns and landscapes. Daimajin differed from the Gojira and Gamera franchises in being a cross-fertilisation between Tokusatsu (SFX films) and Jidaigeki (period drama, usually set in the Edo period of Japanese history). It featured a gigantic stone statue of the God of War, which would come alive when evil threatened the land or when he was disrespected, in order to defend the innocent and punish evil.

The three Daimajin films were:
They were quite formulaic, as were many of the film franchises of the time, following an almost ritualistic narrative template, but nevertheless both dramatically effective and spectacularly entertaining. 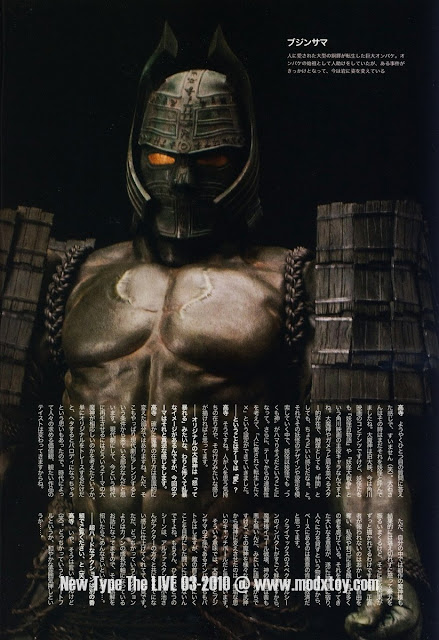 The much-anticipated revival of the franchise by Kadokawa Publishing, who acquired the rights to Daiei's original series some time ago and have been developing it since, debuts in April on Japanese television in a late-night timeslot, with a reported budget of 1 billion yen (US$11,000,000) -- an extraordinarily huge budget for a dorama (Japanese adult TV drama) of that kind. KawaiiJoyuu reports that college student Rikuna Yuka, aged 21, was selected from among 1000 other young women who auditioned for the role of the series human protagonist. 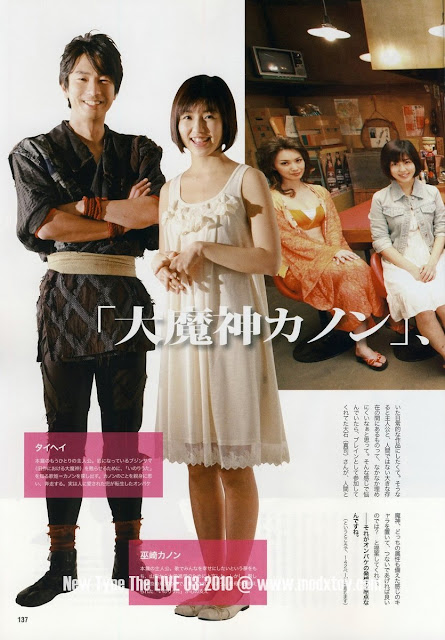 She commented on playing the role of Kanon:

"In the dorama Kanon is able to experience personal growth despite the coldhearted and painful life in the city. Just like her I was able to learn a lot during the filming and think that I grew up a bit myself."

As you can tell from this statement, the revival show is not to be a period drama, but instead is set in the modern world.


"This time the heroine will be a college student called Kanon who keeps on singing prayers that awake the giant god of war. Once again Daimajin will have to deal with a lot of bad guys."

Apparently there are an abundant supply of strangely dressed bad guys in weird headgear at hand to become the target of Daimajin's wrath. 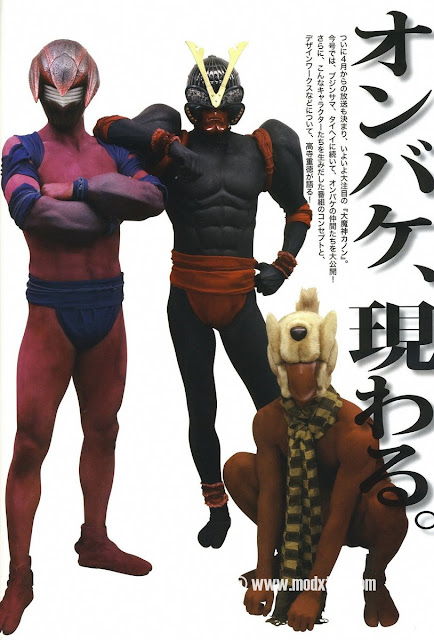 The studio is definitely taking the series seriously. With a total of 7 months filming and over 1 billion yen spent to recreate Daimajin with state-of-the-art special effects, they're not mucking around. According to KawaiiJoyuu, "an ordinary late-night dorama has a small budget of like 7,000,000 yen ($78,000) per episode, but this 26-episode-long epic series had almost fourfold the amount." 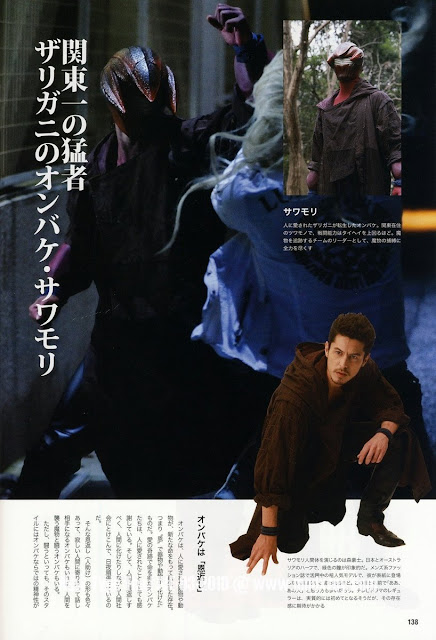 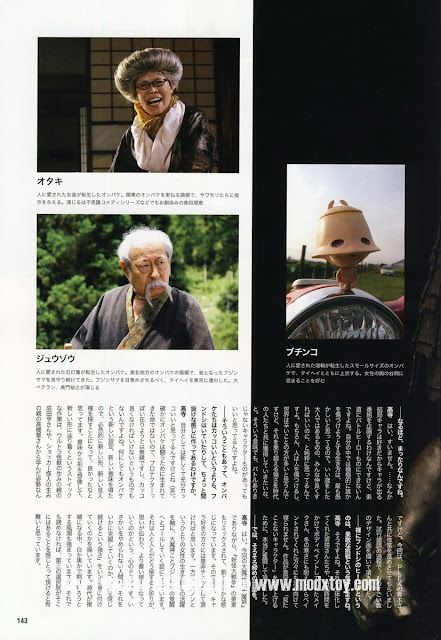 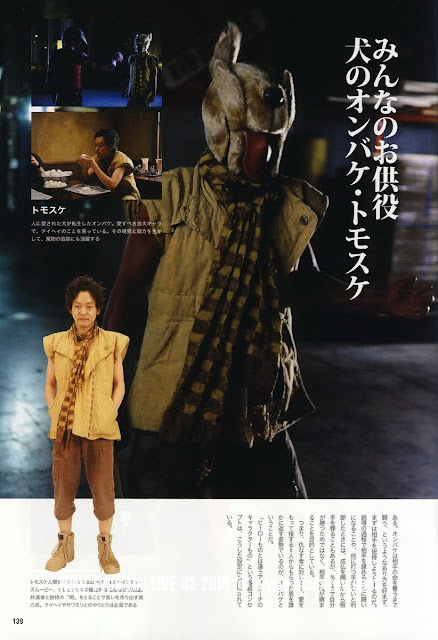 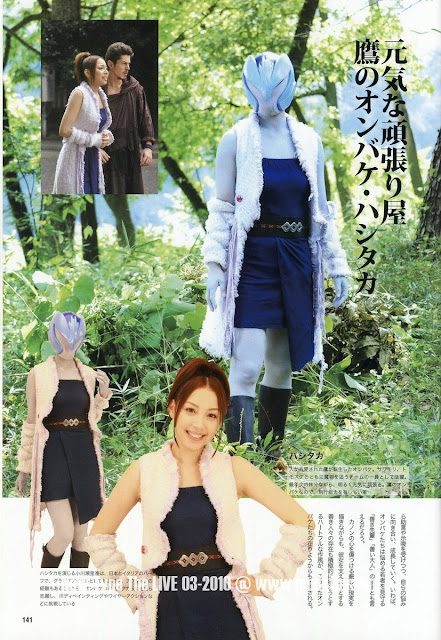 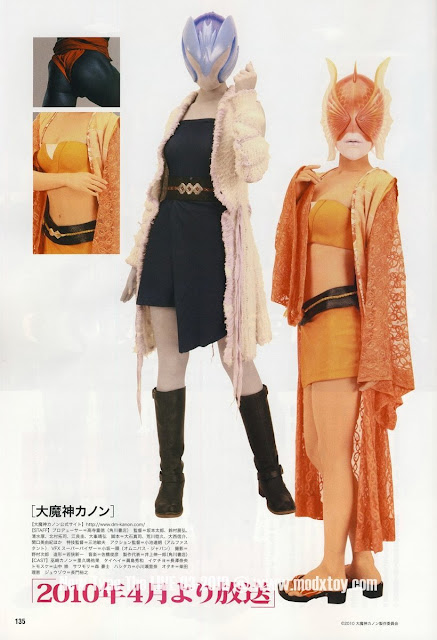 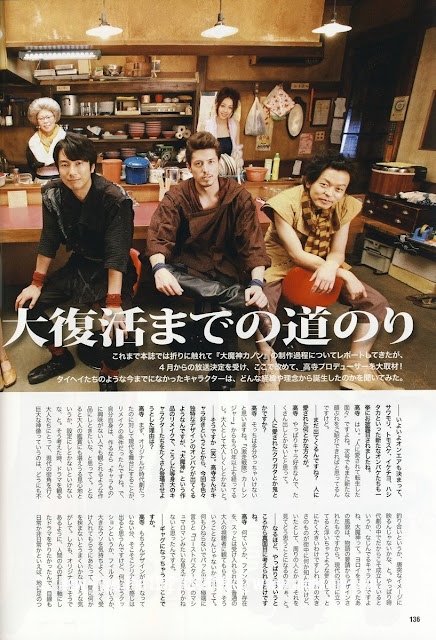 The website for Chihuanhas (US-2010; dir. Jim L. Clark) -- the cool new mini-terrors flick featuring a chimeran gene-blending of chihuahuas and piranhas  -- has just undergone a bit of an upgrade.

Check it out, read the Undead Backbrain article here and here, and keep an ear to the ground for more updates on the fascinating new feature.

Posted by Undead Brainspasm at 7:48 AM No comments: