The 7 Adventures of Sinbad

That's right! Seven adventures, all crammed into the one movie! 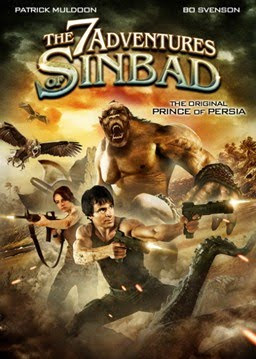 The 7 Adventures of Sinbad (US-2010; dir. Adam Silver and Ben Hayflick) tells of a modern-day incarnation of the Arabian-Nights hero, who must complete seven tasks in order to save the world from catastrophe. Naturally the tasks involve monsters -- and from the preview trailer below there appears to be plenty of them, ranging from ogres, giant crabs and the de rigeur giant octopi to dragons and leviathan-like whales disguised as islands.

Posted by Undead Brainspasm at 9:59 AM 2 comments:

Update: Age of the Dragons 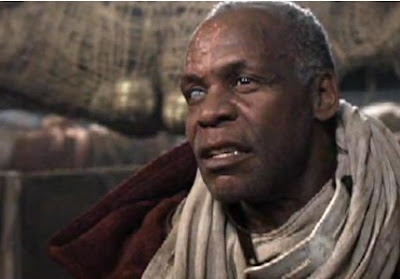 
Age of the Dragons is an adaptation of Herman Melville's classic novel Moby Dick. Set in a medieval realm where Captain Ahab and crew hunt dragons for the vitriol that powers their world, Ishmael, a charismatic harpooner joins their quest. Ahab's adopted daughter Rachel, beautiful and tough, runs the hunting vessel. Ahab's obsession is to seek revenge on a great "White Dragon" that slaughtered his family when he was young and left his body scarred and mauled, drives the crew deeper into the heart of darkness. In the White Dragon's lair Ahab's secrets are revealed and Rachel must choose between following him on his dark quest or escaping to a new life with Ishmael. (Koan Inc.)

Starring Danny Glover (as "Ahab"), Vinnie Jones ("Ishmael"), Corey Sevier, Sophia Pernas, Larry Bagby, and John Kepa Kruse, Age of the Dragons seeks to re-imagine Herman Melville's famous tale of the Great White Whale and the Captain obsessed with hunting it as an adventure fantasy. A major difference from the book Moby Dick is the inclusion of a central female character -- Ahab's daughter Rachel -- who was named by writer McKay Daines after the fishing boat which turns up to rescue Ishmael from the sea after Ahab's vessel The Pequod is destroyed by Moby Dick and Ahab's obsessive desire to destroy the whale.


[Actor Vinnie Jones] commented that the character [Rachel] is Ahab's eyes and ears among the crew, as well as being a seasoned dragonslayer. "She's in charge because, as I say in the script, 'She's the best damn harpoonist we've got.' Second to me," Jones said. (Herald)

Otherwise the names and most of the events of the film follow those of the novel, though there are, apparently, "a few surprises" at the end -- though Glover's Ahab will still meet his preordained fate.

Apparently "puppet" dragon models (see above) will be used for some scenes, though the film will not be relying totally on the hands-on approach. Executive producer Gil Aglaure has commented that roughly three-quarters of the dragons seen in the film will be CGI. (Source)

Below we have three interview videos: with Gil Aglaure and other crew members, Danny Glover and Vinnie Jones: 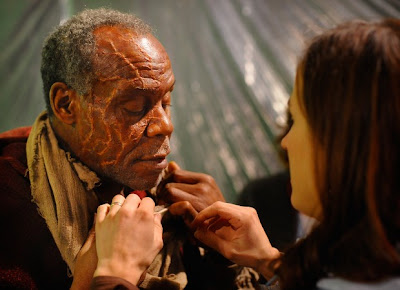 As a brief update to the Undead Backbrain articles on Van Gölü Canavarı [aka Lake Van Monster] (Turkey-2009; dir. Bünyamin Yaşar) here and here, Kaiju Search-Robot Avery uncovered this extended production footage. It's still in Turkish, without subtitles, but you can get the basic idea from the visuals.


See also this interesting article on the Searching for Cryptonia website.
Posted by Undead Brainspasm at 8:32 AM No comments:

Update: The Conquered: Curse of the Shaman

Producer/director Benjamin Cooper has been in touch to let us know that his Indian Mummy revenge tale, The Conquered: Curse of the Shaman, is currently in post-production, having been put on hold somewhat in order for work to be completed on Primitive, which stars Reggie Bannister (of Phantasm fame) and an SFX beast with a bad attitude.

Undead Backbrain introduced readers to The Conquered: Curse of the Shaman back in August last year, so check that article out for the beginner's details. Now Cooper has given us a glimpse of the very lovely central monster, played by Gregory Paul Smith (Dire Wolf): 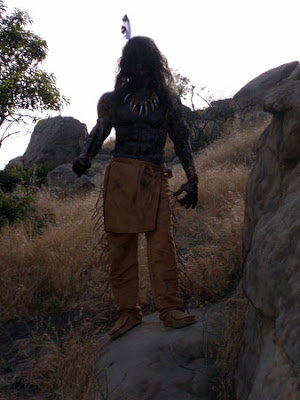 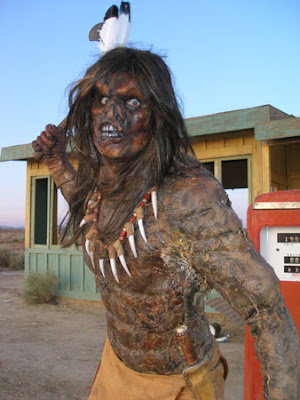 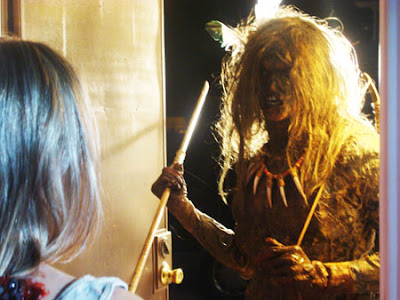 Above: Rachel Riley (The Brink) and Gregory Paul Smith
We'll keep you informed on the film's progress as news comes to hand. Meanwhile, here are some more pics: 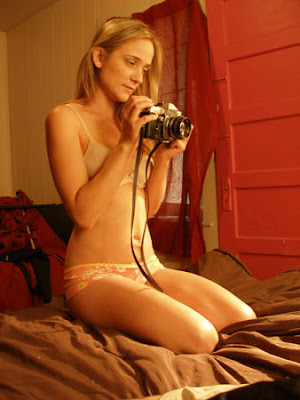 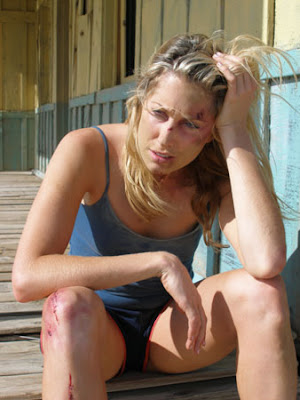 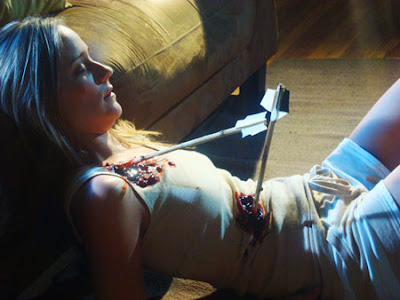 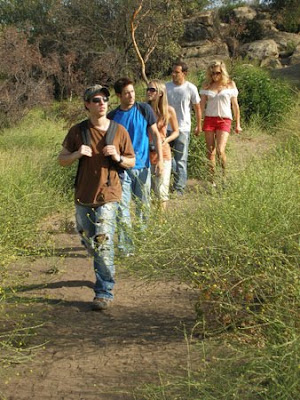 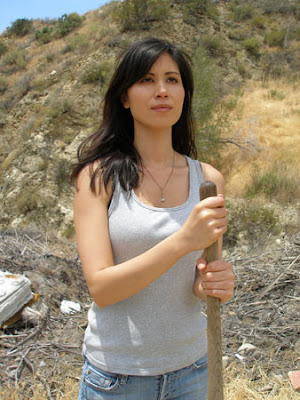 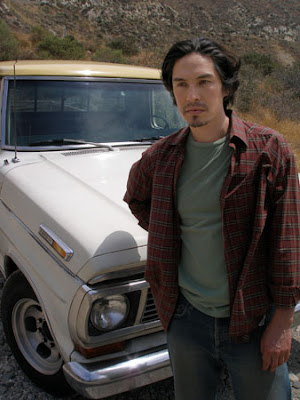 Above: Michael Teh (Lost Colony: Wraiths of Roanoke) 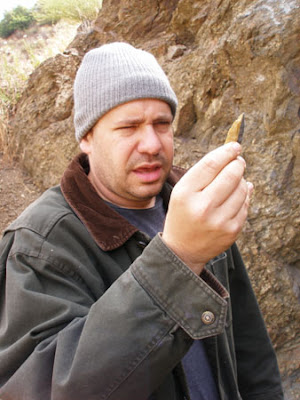 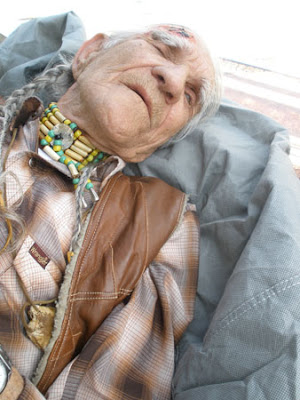 Above: Ed Denette as the Shaman 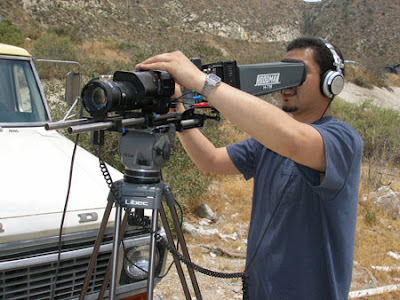 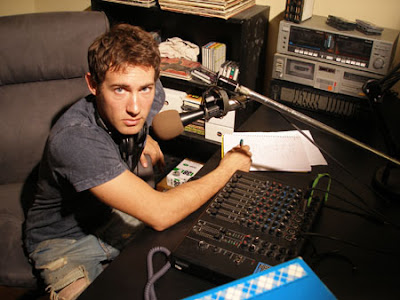 Above: Jason Lockhart
Posted by Undead Brainspasm at 8:59 AM 1 comment: