Say Hi to the Riverbeast

Welcome the Riverbeast to the hallowed halls of Monsterdom! He looks like a barrel of laughs! 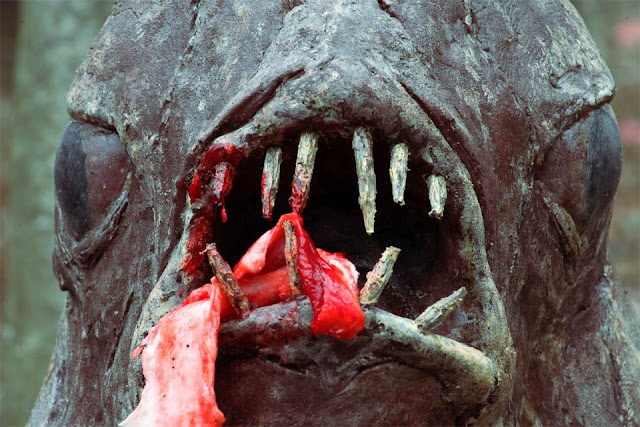 Indie director Charles Roxburgh and his mates have given birth to what may be the next big thing in low-budget monster stars. He's ragged, ugly and mean, in fact "the most indecorous aquatic menace of all time", so it's perhaps best to take Roxburgh's advice: Don't Let the Riverbeast Get You! 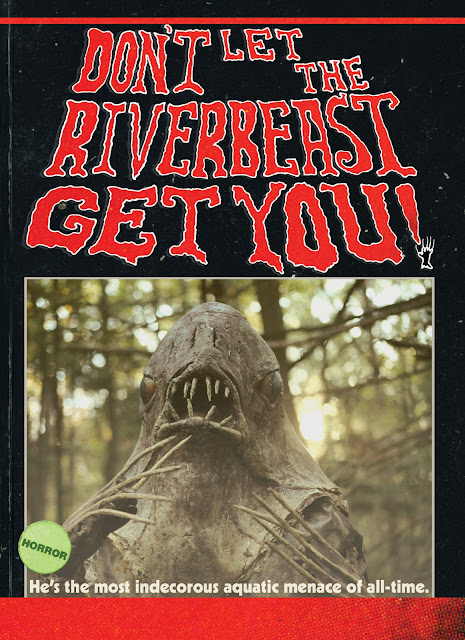 "We basically made the movie just to work together on a creative, fun project," Roxburgh told the Brainspasm. "Ultimately we would just like as many people as possible to watch it and have fun with it."

Fun is certainly what it appears to offer, harkening back to the monstrous heyday of the 1970s in tone, with a nice sense of its own absurdity.

"My friends and I love fun horror movies," said Roxburgh. "I think 1970s TV movies with lots of drama, many characters, and some sort of creature or disaster were the most influential. Bloodstalkers (1978), Ants (1977), Snowbeast (1977),  Blood Cult (1985), and Memorial Valley Massacre (1989) are all influences." As an afterthought he added, "Also fun homemade movies, like Woodchipper Massacre."

At any rate, for the following shots, he got himself one photogenic monster: 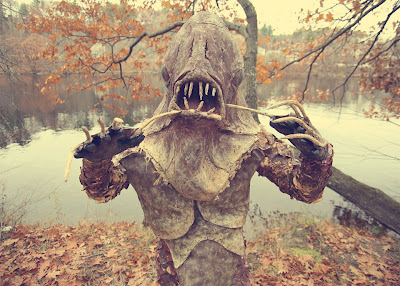 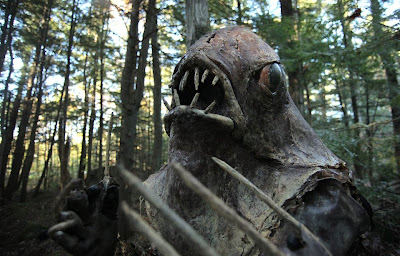 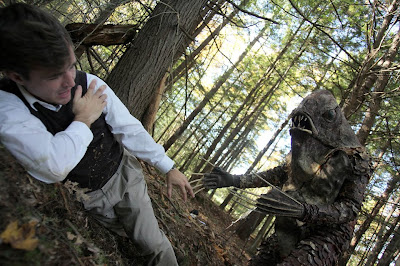 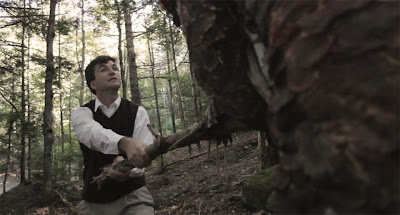 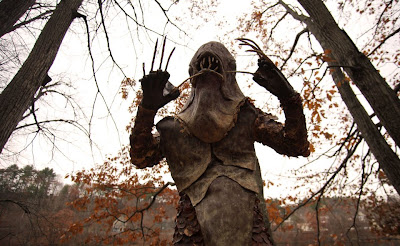 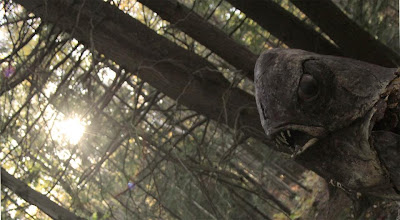 Look for it on a DVD or film festival near you -- hopefully!