Undead Backbrain revealed info on the Israeli zombie comedy Poisoned (Israel-2011; dir. David Lubetzky [ דידי לובצקי]) back in March when it was in post-production (read the article here). We just received an update from director David Lubetzky, which includes an English poster and some teasers. In essence, after a successful premiere in its home country, the zomcom is now setting its sights on the West. 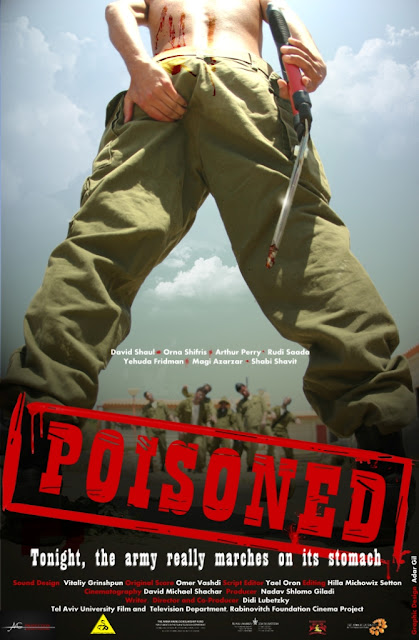 
Poisoned's international premiere was on the Icon TLV science fiction and fantasy film festival in Tel Aviv. It was later shown in the fringe section of Israel's Haifa film festival "fringidir". Since then the film has had late-hours cult screenings in cinemateques throughout the country.

Until now the film has not left Israeli borders. We applied to several film festivals and keep our fingers crossed. In the meantime it's a hell of a ride, with good reviews, a big local buzz, with audience members coming back for second and third screenings.

The picture below shows lead actors David Shaul and Orna Shifris in action on set. 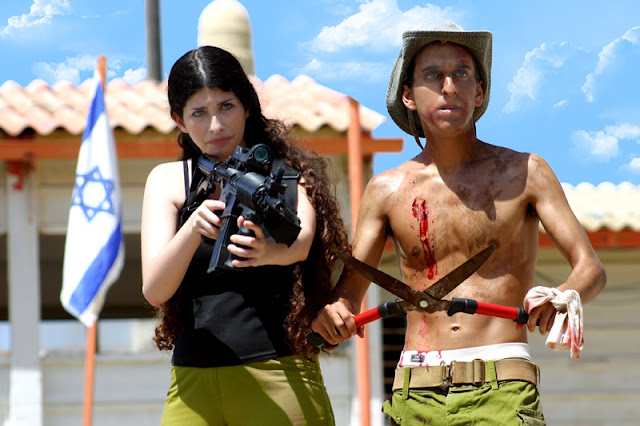 Meanwhile, check out these new teasers:

This should be the cause of much excitement in the US! Australian giant monster/exploitation flick, El Monstro Del Mar (Aust-2010; dir. Stuart Simpson), though already available from Monster Pictures Australia, at last comes to DVD in Region 1, released on February 28 from Breaking Glass Pictures.


Three gorgeous but deadly hired killers, Beretta, Blondie and Snowball, hole up in a small beachside community to keep a low profile. But this town has a dark secret. The old sea baron Joseph desperately tries to warn them to never go in the water. But these crazy vixens listen to no one. So the kraken awakes! Now along with Joseph and his beautiful granddaughter, Hannah, they must fight for their lives against this furious creature of the deep as the sea rises in a tidal wave of blood.

You can read a terrific interview with the director, Stuart Simpson, on Undead Backbrain, while you look at the pictures. Also, check out the official website.