Back in August last year Undead Backbrain introduced you to the unique blend of Chihuahua and Piranha that is Chihuanhas (US-2010; dir. Jim L. Clark). 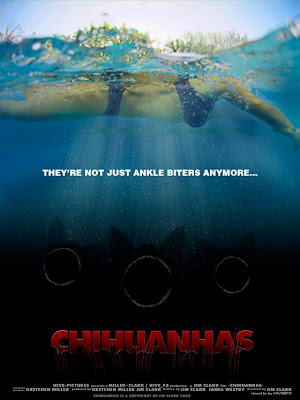 Somehow that ridiculous idea rang a very loud bell with monster film fans across the Web, and now we're all hanging out for the final result. 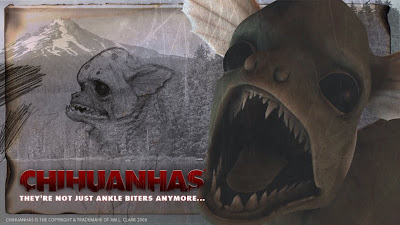 To learn more and to see some great conceptual artwork, go to Undead Backbrain.

Source: via Avery
Posted by Undead Brainspasm at 2:08 PM 1 comment:

Information on Je-gyun Yun's ongoing Sector 7 production has been sadly lacking. As a filler, Flix Unlimited provides slightly more detail on the plot and the nature of the monsters:


“Sector 7” is about an oil platform in the middle of the ocean that is attacked by a mutant monster. The monster is believed to have come from a strange virus. As the monster emerges, the people on the oil platform do what they can to save themselves.

Apparently negotiations with "US producers" into possible funding arrangements are ongoing. Je-gyun Yun, whose previous film -- the tsunami disaster epic Haeundae (South Korea-2009; dir. Je-gyun Yun) -- was a huge success, particularly in its home country, is working on the script.

Source: Avery
Posted by Undead Brainspasm at 9:59 AM No comments: 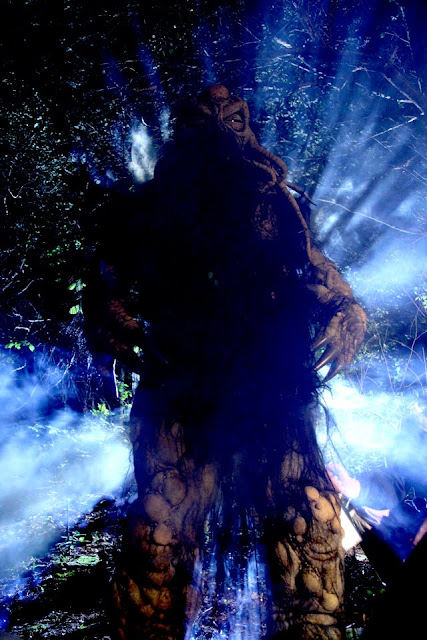 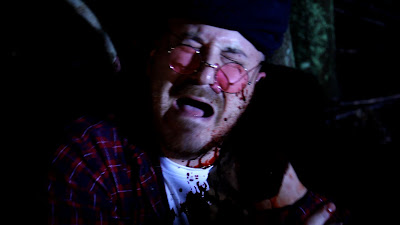 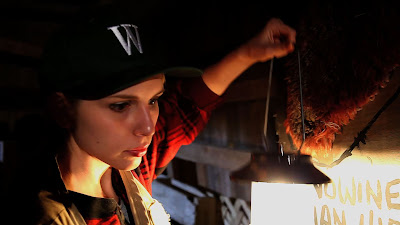 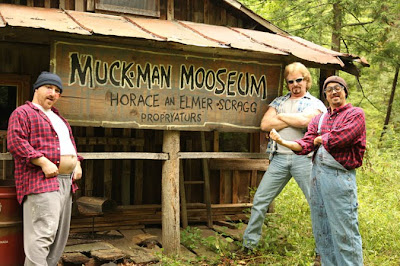 Check out our previous reports on Muckman:
Source: Brett Piper via Avery
Posted by Undead Brainspasm at 9:28 AM No comments:

Two new images and the official poster from The Asylum's next giant monster epic, Megapiranha (US-2010; dir. Eric Forsberg), have surfaced, with the film on schedule for a 27 April release, way ahead of the film it was set to shadow -- the "remake" Piranha 3D -- which has been put back to August. 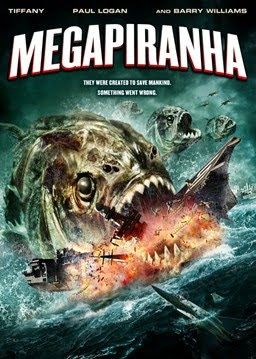 Check out more images and info about The Asylum's really-big-piranha plague on Undead Backbrain. 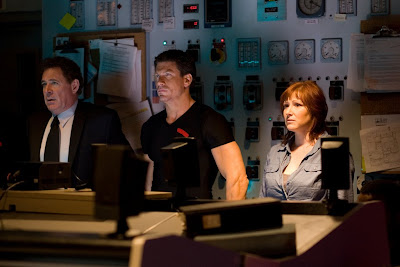 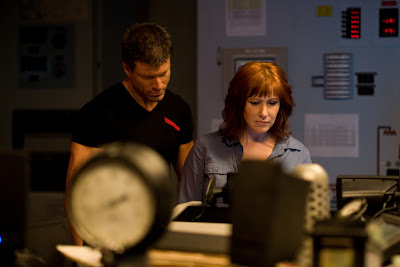 Posted by Undead Brainspasm at 5:40 PM No comments:

Undead Backbrain introduced you to Return to Yucca Flats: Desert Man-Beast (US-2010; dir. Leon Cowan) -- a remake of a bad 1961 film, The Beast of Yucca Flats (dir. Coleman Francis) -- back in February last year, when it was in post-production.

Well, now writer, producer and PR expert David C. Hayes has sent us the official poster and a few words of encouragement. 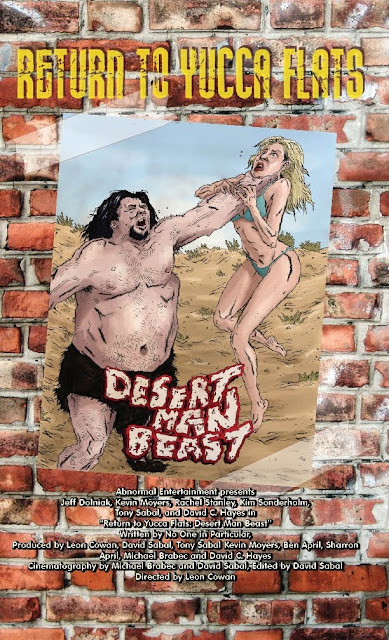 what can we expect? Quite a lot actually. Hayes claims that the film is "the worst movie ever". That's a big call! And given that it features a gaggle of girls in bikinis, it may be better than Robot Monster by default. Only time will tell.

Hayes added that the DVD would be available from Amazon in the next couple of months. So you can find out then if it lives down to the hype.

Ken Russell's über-weird film about a Scottish prostitute, evil master of black magic Aleister Crowley and the Loch Ness Monster has reared its bizarro head once again, after nearly a year of silence. Whereas back in March last year (when Undead Backbrain wrote about it) it was still called Bravetart vs the Loch Ness Monster, it now seems to be called simply Bravetart. At that time it was promised for web-release in Easter 2009. That didn't happen, but it has been reincarnated as a poster: 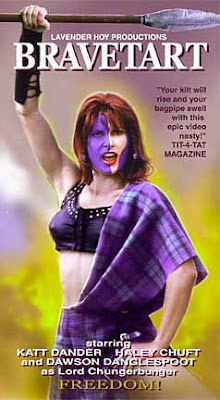 The film was to star Russell's wife Elise back then, though she isn't mentioned here -- and nor is Russell himself. When we find out something useful we'll let you know.

See Undead Backbrain for further information about the film (as proposed in 2009).
Posted by Undead Brainspasm at 2:17 PM 1 comment: 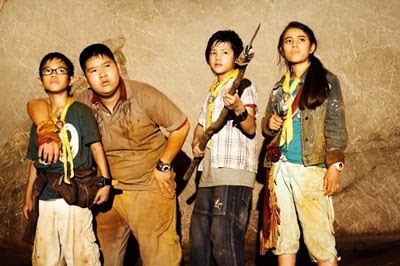 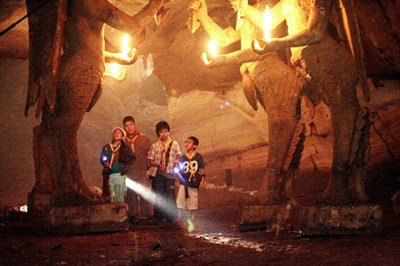 
Scouts visit an ancient temple to witness a lunar eclipse. Hearing campfire stories of the legendary god who protects the temple, they decide to go on a treasure hunt. Finding themselves lost in a parallel universe, they must find the way back before the end of the eclipse traps them. 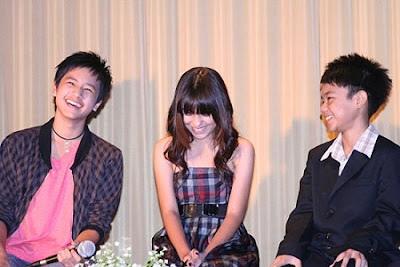 Posted by Undead Brainspasm at 6:20 PM No comments: 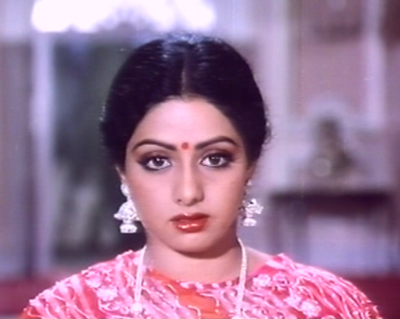 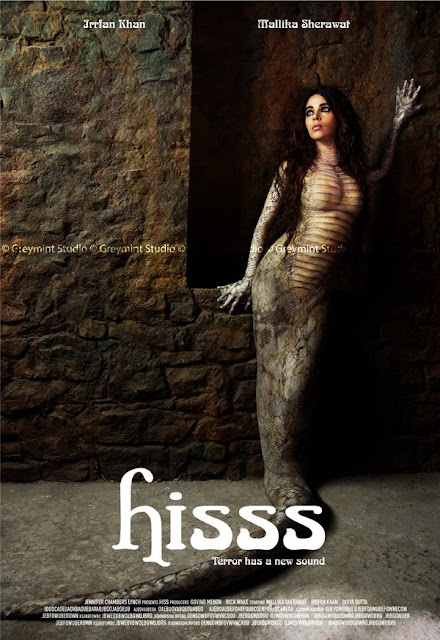 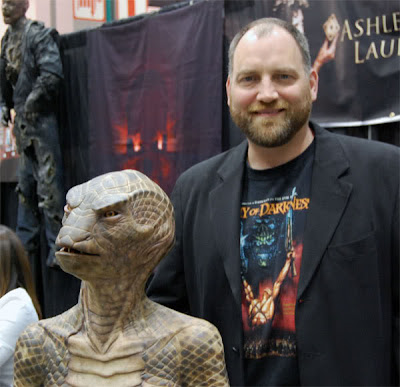 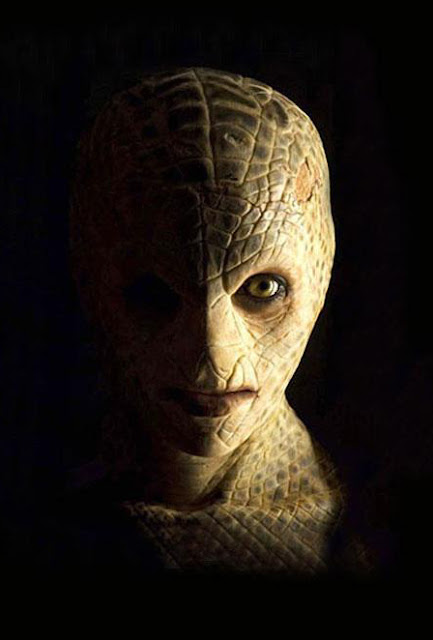 Posted by Undead Brainspasm at 6:07 PM No comments: