On the eve of the premiere SyFy Channel showing of Jim Wynorski's giant monster mash-up, Dinocroc vs Supergator -- incidentally one of the last films of genre legend David Carradine -- we have a bunch of pictures, along with a great SFX reel.

Why don't we just go out for dinner! 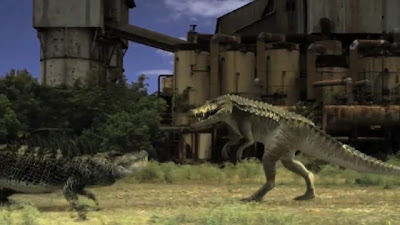 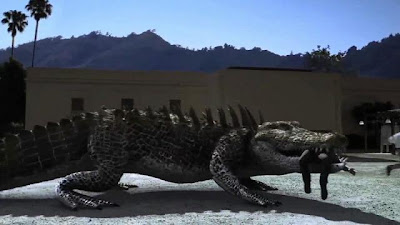 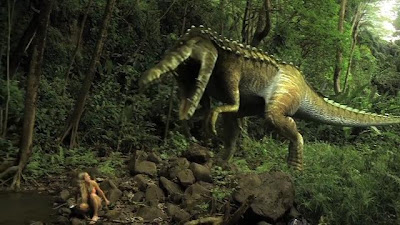 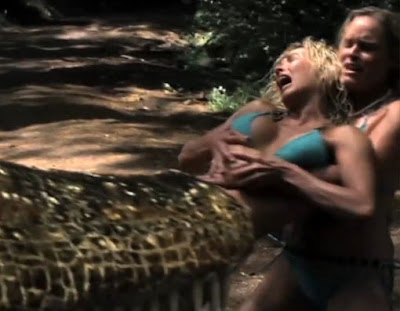 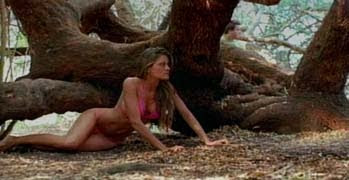 Hey! Save one for me! 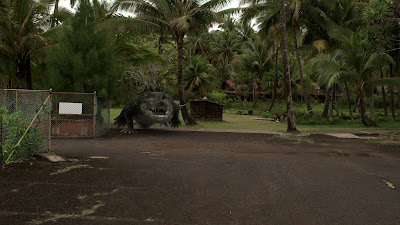 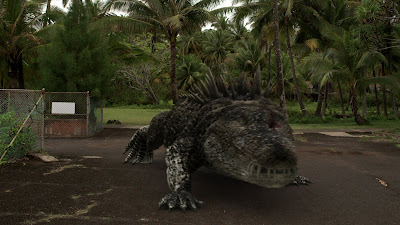 SFX Reel: it's looking pretty damn good here! Immediately below is the theme music. Let it play over the SFX video that follows!

Posted by Undead Brainspasm at 10:55 AM 3 comments:

The Insects Are Getting Closer...

Undead Backbrain first heard of Pesticide (US-2009; dir. Pat Cerrato) back in October 2008 when Kaiju Search-Robot Avery happened upon a casting call looking for actors willing to get chased and eaten by giant insects: "Wanted! People To Get Eaten By Bugs". Since then we've seen the following "rough cut" trailer:

Now, the director, Pat Cerrato, has sent us a rough cut of the title sequence -- all 4 seconds of it. Watch carefully...


Creepie crawlie, eh? We're told the insects get much much bigger.... 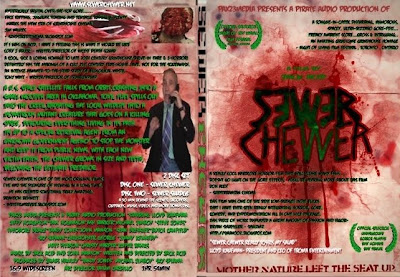 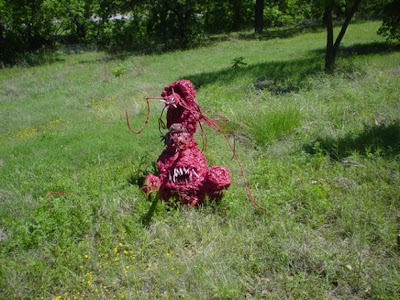 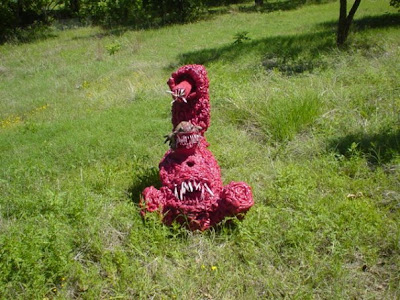 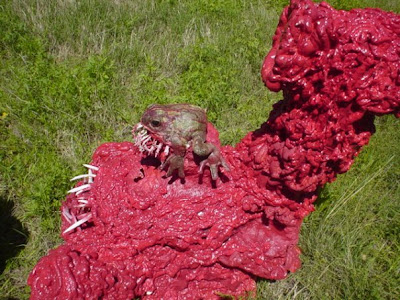 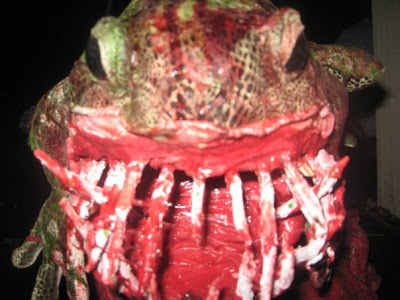 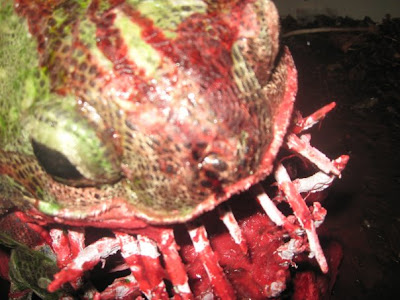 After premiering at the SXSW festival in Austin, Texas during March, Gareth Edward's low-budget indie monster film, Monsters, has been garnering some excellent reviews. Read this one on IGN or this one on firstshowing.net. 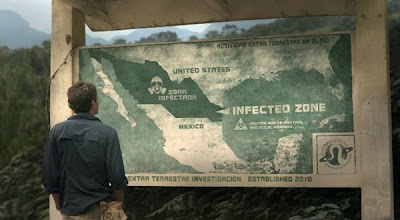 
Six years ago previously, a NASA probe returning to earth with samples of an alien life form, crashed over Central America. Soon after, new life forms began to appear, and half of Mexico was quarantined as an INFECTED ZONE. Today, the American and Mexican military still struggle to contain "the creatures"... The story begins when a US journalist agrees to escort a shaken American tourist through the infected zone in Mexico to the safety of the US border.

Just released is a Making Of video, featuring Edwards talking about his film. Here it is, courtesy of Dread Central:

Monsters also has a new website -- here.
Posted by Undead Brainspasm at 7:14 AM No comments: