We've been talking about Raiga, the Monster From the Deep Sea [aka Shinkaijû Raiga] (Japan-2009; dir. Shinpei Hayashiya) for sometime now -- just check out these posts from Undead Backbrain and Undead Brainspasm!

Hayashiya's follow-up to his own confusingly titled Shinkaijû Reigô [aka Deep Sea Monster Reigo; Reigo vs. Yamato; Reigo the Deep Sea Monster vs. The Battleship Yamato] (2008/2005) is at last coming to DVD. 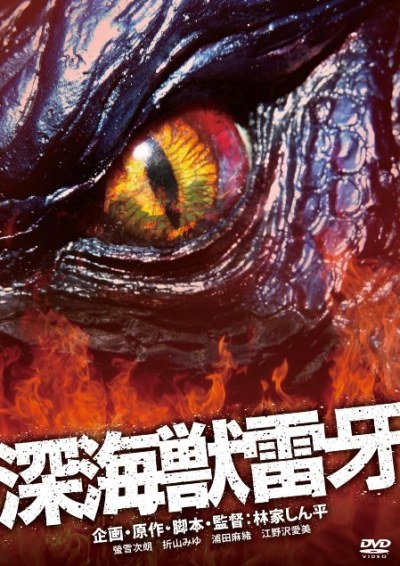 
Sixty years after the monster Reigo battled the famous Yamato battleship on the high seas, global warming causes the southern polar ice cap to gradually melt, disrupting the ecosystem and luring ancient sea monsters to Japan. An enormous sea monster called Raiga enters Asakusa from the Sumida River and begins to rampage through the city. The army is called into action. 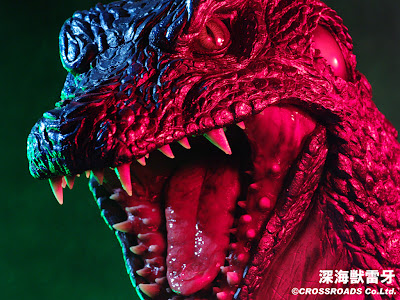 Already available even in the West, is the soundtrack for Raiga -- and Kaiju Search-Robot Avery reckons the image suggests the existence of a "Mecha-Raiga" who "flies like Gamera": 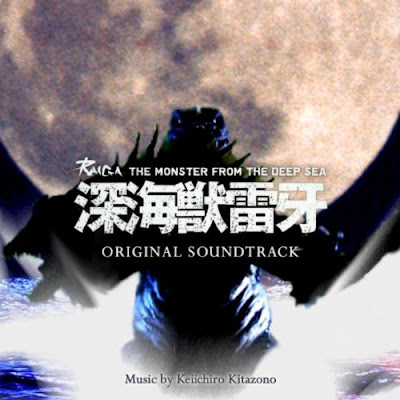 You can download the album from Amazon UK now. 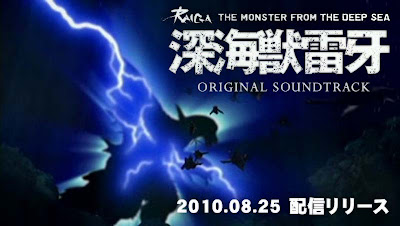 Meanwhile, here's the main theme song, performed live by a typically perky J-Pop girl group, the members of whom also feature in the film:


Beloq are some production pics. It's always cute to see shots of the director and crew interacting eye-to-eye with giant monsters:

Raiga has already inspired some excellent fan art, not least of which is this sculpture by "Fossy" (see more of it here): 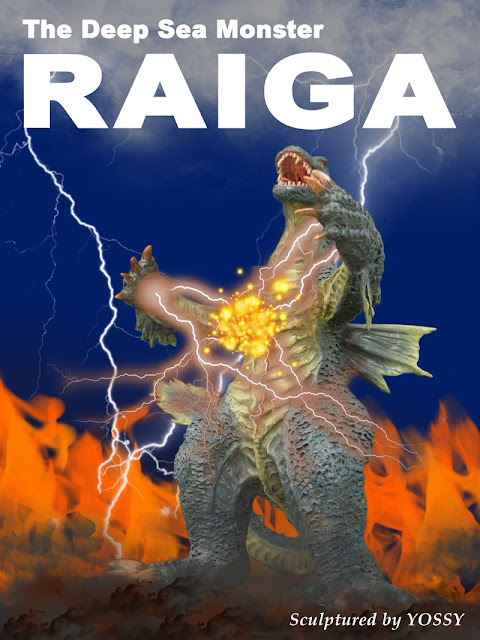 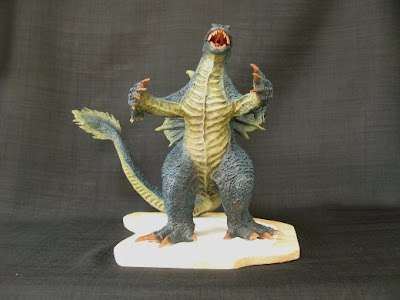 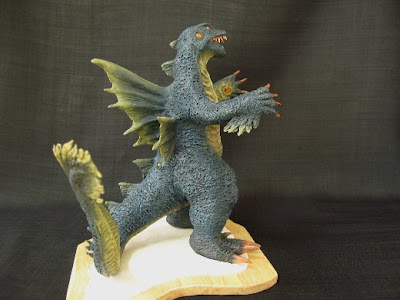 And for those of you who can read Japanese, here's a one-sheet advertisement for the film (click to enlarge): 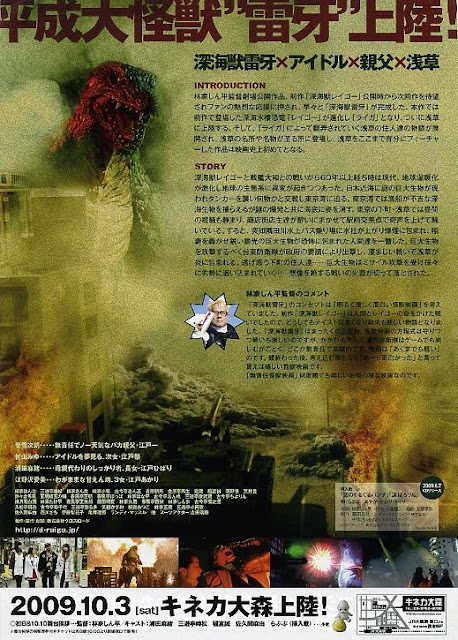 Posted by Undead Brainspasm at 3:16 PM