Get Grossed Out with Tromaggot

As if The Worm wasn't enough, Kaiju Search-Robot Avery has unearthed [pun intended] a German film currently in production that ups the Disgust Factor by featuring not just a giant worm but an oversized, man-eating maggot. 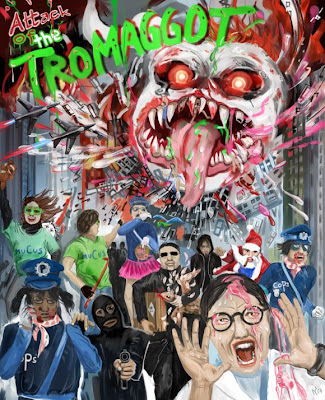 Featuring Mr Troma himself, Lloyd Kaufman, and Debbie Rochon, whose resumé reads like a compendium of recent C-grade exploitation flicks, the film is firmly aimed at the Troma fanbase. 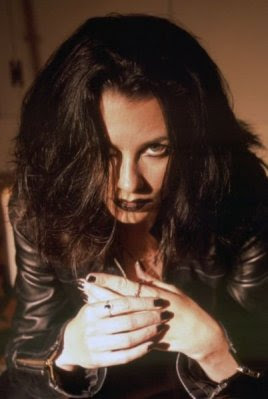 The director describes the fan project as "a trash film about a monster without a story." Sounds like Troma all right!

The film is currently being Anglicised and Teah hopes that when that's completed he can get the Maggot released into the streets of Tromaville.

From the outside she looks like an ordinary mutated killer-maggot, but years of unimaginable torture from her tormentor have turned her into a beast thirsty for blood whose disgusting and sick perversions know no frontiers. She'll never feel sympathy for anyone. ... She's a filthy spawn from the darkest corners of hell. She's Tromaggot! Be there when this shameless beast compensates for her dark past with horrible attacks at young bank-employees. Bloodlust! More blood! Oh, no that was vomit!!

Check out the colourful and disgusting imagery that populates the website, including things like an Alienesque "maggot moment" featuring Santa himself. 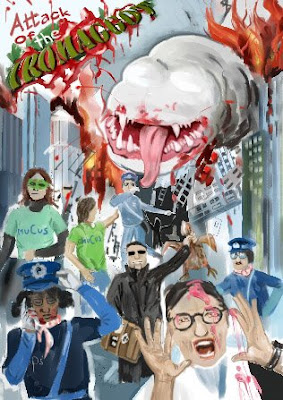 Posted by Undead Brainspasm at 7:28 AM