O.C. Babes and the Slasher of Zombietown

This zombie comedy sports a risqué poster, a writer/director with an odd name (Creep Creepersin) and a strange tagline: "The Zombies of Orange County are Trapped by Zombies From Orange County". (IMDb)

O.C. Babes and the Slasher of Zombietown (US-2008; dir. Creep Creepersin) 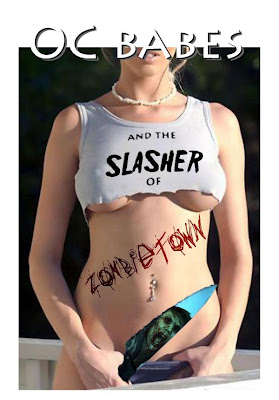 OC Babes and the Slasher of Zombietown is a horror/comedy.

The night seems like any other for Sean and Ed, filled with rejection. That is until a half eaten woman runs into the bar and warns them about zombies outside. Once they lock the bar up they start dropping like flies. They soon notice though that not everything is what it seems and not all people are who you think they are.

OC Babes and the Slasher of Zombietown is a low budget horror/comedy that is full of horror pop culture. the film is intercut with George Romero's Night of the Living Dead to help tell the story. This movie is an exercise is low-budget film making in that it was shot in less than 24 hours. It is good, old-fashioned exploitation film making at its finest. (Amazon.com)

Though no longer available from Amazon ("manufactured on demand using DVD-R recordable media"), it will apparently be available under the Midnight Releasing/Brain Damage Films label in July 2009. 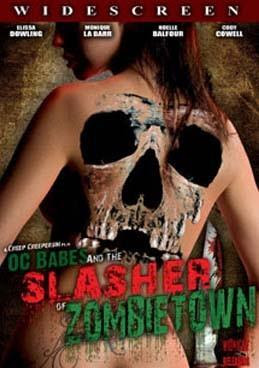 From the looks of the behind-the-scenes snapshot, the making of the film was quite a headache for some members of the cast! 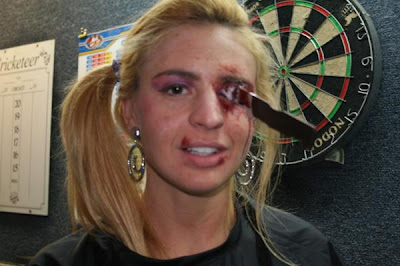 Posted by Undead Brainspasm at 7:40 PM

A fine movie, and remarkable, considering that this was shot all within 24hrs. Not sure if the songs always worked, but I liked the catchy lyrics.
The ending could confuse some people. Pete Townsend was still there, flailing his arm, (as usual in a Who video), Daltrey said he was going fishing, The Ox smiled and stared, but Moon went to the pub. Why?