Getting Together for the Zombies: Dead Team

So some sort of zombie "event" happens and a large area of the US is declared a disaster zone and blocked off from the rest. Those inside are either dead, and shambling around looking for someone who isn't dead to eat, or they're in trouble. So a bunch of ordinary folk get together and take action, the aim of which is to free others who have got themselves cornered -- and maybe to escape from the dead lands. They are the Dead Team.

Writer/producer/directer Wes Young is the inspiration behind the new zombie apocalypse horror/action flick, which is currently in existence as a concept trailer, with money being sort to produce the full feature-length film. The trailer looks well-film and promising, despite some rather pointless quibbles on the part of some commenters on its YouTube site -- "pointless" because most of the criticism doesn't recognise the fact that a feature-length film is likely to have more detailed development than a teaser allows for.


Undead Brainspasm newshound Avery Guerra sought out Young to ask about both the film and the in-progress IndieGoGo appeal for funding.


I've been producing my own films for about 6 years now. I shot a short zombie film Dead Exit a couple years ago, which went to a bunch of festivals and won several awards. I also produced a pilot webseries A Cure for Dead that was pretty popular online. I came up with Dead Team because I wanted to continue with zombie films, but I also wanted to do something a little more like an Action Adventure movie. So Dead Team is a combination of Horror and Action Adventure. 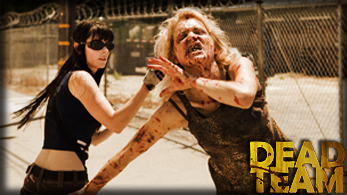 Can you tell us what Dead Team is about?


In response to the viral outbreak five strangers discover that their everyday mundane skills can be adapted into hardcore zombie killing techniques. With the lack of military support for rescue, they use their combined skills in extraordinary ways to fight their way through the hordes of undead and make their way to a military safe zone.

Their journey to make it to a safe zone brings them across other non-infected citizens who are trapped by the undead. The group overcomes their fear and decides that they have to help. They put themselves in harm's way to save the people. The further they travel the more undead they encounter and the more people they rescue. Their trip gets detoured even further when they discover that the wife of one of the group members is trapped in a city 300 miles away. It becomes a race to save her and escape the dead lands alive.

Who's to be in the cast/crew? 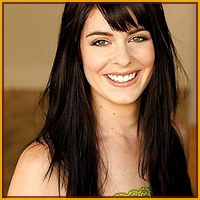 Right now the only actor cast is Ilea Matthews. I've worked with her several times and she really fits this role perfectly. She was just in the film The Violent Kind and she recently finished shooting Sprawl with Michael Madsen and Jennifer Taylor. I also have brought on music composer Jeff Duran whom I have worked with exclusively since I started making films. He is extremely talented in picking up in the subtle emotions of a scene and he emphasizes them with his music. Ryan Goff who co-wrote and co-directed Dead Exit with me is coming on board as my master prop builder. He has skill making almost anything you can imagine and making it cooler than you thought it could be. He built his own full size R2D2 from scratch. Yeah, he's got skills.

How about telling us more about yourself?


I have always wanted to be a part of the film industry. I originally wanted to be an actor/stuntman. When I was younger I wanted to be Bruce Willis in Die Hard. After dreaming about it for a long time I tried to find a way to make it happen for me. I read an article in Back Stage West and it said that a good way to get known as an actor was to make your own movie and star in it. I ended up making my own Star Wars fan film called “A Deception of the Force”. I quickly noticed my lack of skill as an actor and realised it’s not what I wanted to do. I did however LOVE producing and directing my own movie. I knew quickly that I was going to be a director.

Who are some of your influences?


My earliest influence would probably be James Cameron. Mostly from back in the days of Aliens, Terminator 1 and 2, True Lies and The Abyss. I am a huge fan of action movies with a really solid dramatic subplot. Cameron has a real knack for that and that is one of the most important things I want to inject into my projects.

You have just put up a proposal for funding through IndieGoGo, with a target of $10,000. Why is it necessary?


We are looking for final development and pre-production funds. We have done a lot of the major steps to get this project fully funded but its an expensive process just to get a film moving along. While on the "no-budget indie" level you can get away with a lot by using people who will volunteer their time. We want to take this movie to the next level and actually hire professional people to help make this project amazing. Imagine that!

One of the biggest things that we need is to hire a legal representative. Movies are a huge business and there's a lot of paperwork and legal matters that need to be handled.

While we have some people attached to the project, right now I am heading up production development mostly myself and it is time to get some other professional people involved with the process. In film production it takes a good number of talented crew members to be hired on in the development stage to make the project go smoothly. We need a UPM, script consultants (to help make sure the script is perfect before shooting), budget consultants, makeup artists need to be brought on early to start designing the zombies, Special Effects experts need to be consulted to figure out the gags. Storyboard and animatic artists to get to work conceptualizing the look of the film, location scouts and other key personnel to put together a professional project.


Yes. If we can exceed our goal, any money we get over the amount will go into the actual final movie budget. Movies are expensive which is why we are seeking investors. However the more money we can raise through crowd funding the more we can bring to the table when speaking with investors.

It would be amazing if we could fund the entire movie through crowd funding and create a zombie movie made by all the amazing fans out there. We ask you to look over the incentives and make a donation and help us fund this project!

If anyone reading this is interested in exploring investment in this exciting new zombie venture, you can read more about what you get for your dollar here. Meanwhile check out this campaign pitch: