The Animals Have Had Enough: Now They Rise!

The natural world turning on us has always been good for a scare or three. After all, according to Genesis (the first book of the Bible, not the band), God gave humanity "dominion" over the animals, so they should know their place, right?

Wrong! With power comes responsibility and humanity hasn't been exactly forthcoming in that regard. So an alien eggs the animals to get nasty in The Beast With a Million Eyes (US-1955; dir. David Kramarsky and Roger Corman), The Birds go berserk thanks to Daphne du Maurier and Alfred Hitchcock (1963), rabbits rebel in Night of the Lepus (US-1972; dir. William F. Claxton), and nature in all forms goes for the throat in Long Weekend (Aust-1978; dir. Colin Eggleston) and its 2005 remake. And that barely scratches the surface. It certainly doesn't even cover all those species that have never been inclined to refrain from biting and eating us, such as piranha, sharks, lions, tigers, bears, snakes and spiders small and giant-sized. Humanity might be at the top of the food chain, but it's a pretty tenuous thing.

Now a bunch of young filmmakers are looking to add to our natural paranoia with Rise of the Animals, under the direction of Chris Wojcik. A horror-comedy along the tonal lines of Evil Dead, Rise of the Animals tells the romantic tale of a young man, who, in a world where animals have turned on humanity, travels across the country in search of the girl of his dreams. 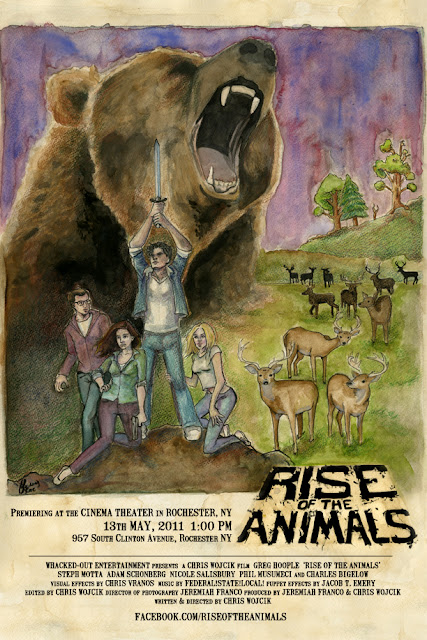 The above poster, put together "unofficially" for the film's premiere screening back in May last year, suggests semi-fantastical heroism (sans chain-mail) and an angry bear, but don't be fooled by those docile-looking deer in the background. The film's current tagline is "Bambi doesn't want a fucking salad". Assorted members of the family Cervidae, no doubt rather miffed about all those decades of sanctioned "sport hunting", have their own CGI-spawned agendas. At the very least, there will be blood. 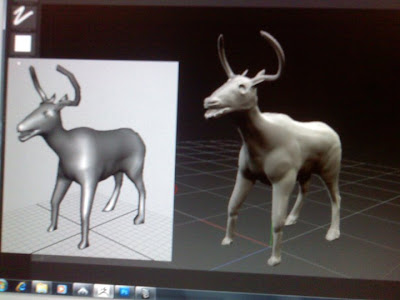 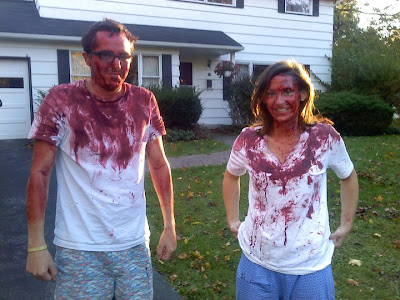 Check out the teaser trailer:


After infiltrating an all girl's slumber party in a remote cabin, Wolf, an awkward pizza delivery driver spends a passionate evening with a beautiful teen named Samantha. The next morning Samantha is gone, and the cabin in the woods is attacked by a family of deer. After a brutal massacre the cabin is bathed in the blood and gruesome remains of deer and teenage girl. Wolf, his best friend Jake, and Jake's sister Rachel are the only one's left standing.

Wolf finds Samantha's cell phone amidst the blood bath, and the trio set out on an epic, cross-country journey to return the lost phone to the girl of Wolf's dreams. As animals across the globe turn on humanity and society quickly collapses into chaos, Wolf's determined spirit pushes him forward against all odds. But is she worth it?

Rabid animal activist Kaiju Search-Robot Avery (who is, I believe, a hybrid of man and mongoose) spoke to director Chris Wojcik about his film. 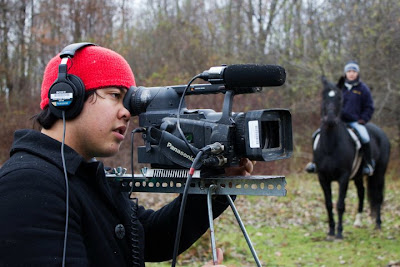 How did Rise of the Animals come about?


Chris Wojcik: The film started out as my senior project at film school, and it ended up exploding quite a bit beyond that. I didn't want to come out of four years of film school with just another short film about an awkward young man in love. So I blew it up to feature length and threw in animals attacking everybody to spice it up a bit.

What was your inspiration for Rise of the Animals?


CW: The idea to do a movie about animals turning on humans kind of came about as a way to do a twist on the zombie genre. So, Dawn of the Dead was definitely an inspiration, as was Spielberg's recent War of the Worlds movie ... which I think for the most part is an entertaining end of the world movie. And you'll definitely be able to spot a couple references to the Evil Dead movies in there. The deer attack scene in our movie was actually inspired by that bit in Evil Dead 2 when the deer head mounted on the wall comes to life.

Where was the movie filmed?


CW: We shot the movie in upstate New York. Every location was within about an hour of Rochester, New York. 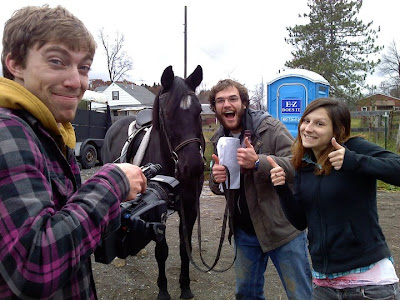 What type of budget were you working with?


CW: The budget was extremely small, around $7000. We were in school at the time, so we had access to all of the school's equipment. Everyone worked for free. Honestly, more of the money went to feeding the crew and paying for gas than anything else.

How did you go about casting the film?


CW: The main three characters, as well as a large majority of the cast are played by friends of mine that were in film school with me at the time. So, the whole time we were shooting Rise they had their own projects going on, and I can't imagine how overloaded and stressed they must have been. But we made it work. Aside from friends and fellow students, I went to everywhere from Craigslist to local talent agencies to pull the rest of the cast together. You definitely run into some interesting people when you're using Craigslist to cast your movie.

Beyond the basic plot, what is the film about?


CW: At its core it's your typical teen, road-trip love story. But everyone's seen a million movies like that. The raging animals are in there to bring a lot more excitement to the whole thing. I mean, it's hard to go wrong when you have humans and animals tearing each other apart in every other scene. 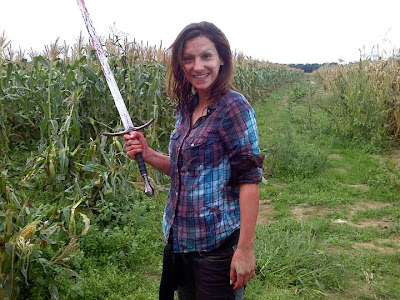 What all sort of animals are seen in the film?


CW: I didn't want to get too crazy in terms of how exotic the animals were. So you won't see lions and tigers. There is a bear, though. And they do encounter a gorilla at one point, but for the most part I wanted to keep it restricted to the sort of animals a typical American would run into in this situation. Deer, squirrels, household pets, birds, turtles, a giant croc, a horse, a sea monster … There's definitely no lack of animal action in this movie.

What types of fx were incorprated to bring the creatures to life?


CW: We used everything. CG, puppets, and real animals were all used. And a lot of fake blood. About 35 gallons worth. 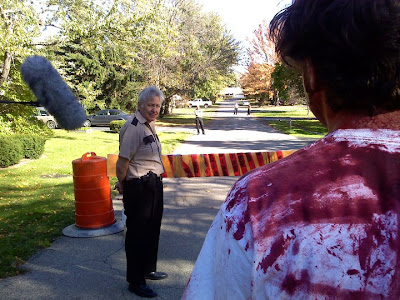 When and where might fans be able to see it?


CW: The movie is being distributed by Midnight Releasing / Brain Damage Films, and it will be available on DVD later this year. We'll be keeping everyone up to date on our Facebook page (facebook.com/riseoftheanimals).

So, what next for you?


CW: Right now I'm working on a script for another horror/adventure/comedy idea that I've had rattling around my brain for a while. I've also got a few cool ideas for a Rise of the Animals 2. So, that's always a possibility...

Produced by Whacked-out Entertainment, Rise of the Animals looks like it could be quite a B-flick hoot. Check out the following brief Behind-the-Scenes videos, one for each day of the main shoot (and two on Week 7):
Source: Christopher Wojcik via Avery Guerra. Facebook page; IMDb entry. Interview by Avery Guerra. The rest was written by Robert Hood.
Posted by Undead Brainspasm at 10:19 AM