In the tradition of 28 Days Later... comes a new zombie apocalypse flick where the undead epidemic is basically a viral infection, as the title suggests. It's called Germ (US-2011; dir. John Craddock) and is in the final stages of post-production. 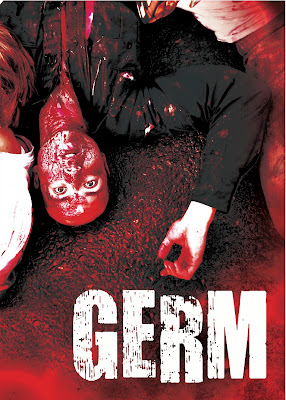 
The military's attempt to shoot down an orbiting satellite unleashes an alien virus on a small town in upstate New York, an epidemic that frees humanity's most primal urges -- such as cannibalism -- and turns its victims into "zombies". A deputy named Max and his girlfriend Brooke must battle their way through an army of infected townsfolk and soldiers as they struggle to save themselves and their loved ones from a horrible death.

Some commentators argue that the term "zombie" refers to those who aren't actually dead but have lost their self-control and hence identity to madness. I'm not one of these commentators. The not-really-dead type I refer to as "Near Dead" and consider the films that use such cannibalistic maniacs to be related to the zombie apocalypse sub-genre, in that they utilise many of the same tropes, but not actually zombie films. Pedantic, I know, but sorry, folks, zombies are dead by definition.

We're yet to discover if we're dealing with the not-quite-dead-but-crazily-cannibalistic or the dead-but-cannibalistically-re-animated in Germ, but finding out looks like it might be fun. The orbiting satellite idea is reminiscent of a scenario suggested in Romero's seminal Night of the Living Dead (1968), which of course started the whole zombie apocalypse thing and changed zombies from Haitian slaves or vengeful ghosts into cannibalistic -- and virulent -- corpses.

The "zombies" of Germ are clearly of the non-shambling kind, at any rate. 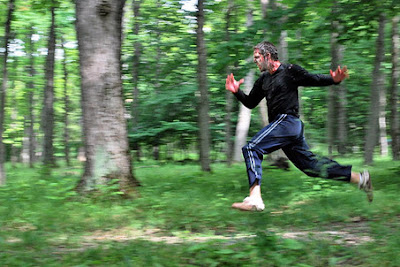 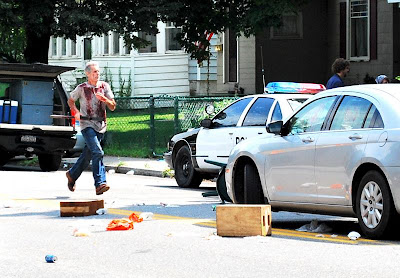 Posted by Undead Brainspasm at 12:14 PM