Only a zombie film if you're willing to loosen the definition of "zombies" from "dead people walking" to include those who have been infected and driven mad and homicidal by it, Infectus under whatever guise looks and sounds both ominous and creepy. 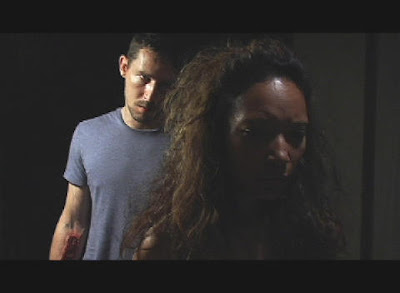 And I should perhaps mention that an unknown sea-creature -- a cryptid -- gets the whole show on the road. 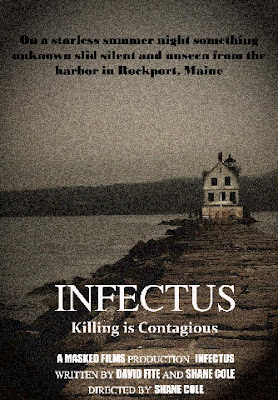 
Paul and Jennifer come to Rockport, Maine to shoot a movie about a cryptid convention where enthusiasts trade stories of their encounters. Their project turns nightmarish when a real cryptid infects a local and sends him spiraling into a rabies-like rampage.

The film is currently in pre-production. It will be shot along the central Maine coast near Camden, Rockland, and the lobster-fishing community of Port Clyde, an area made famous in paintings by N.C., Andrew, and Jamie Wyeth.

Director Shane Cole, who has a reputation for "economical filmmaking", commented that for Infectus his Masked Films production company will team up with various partners so that he can spend more on visual and makeup effects and on a larger cast, as well as being able to shoot on location outside LA.

Previous Cole collaborators will be back, including cinematographer AJ Rickert-Eptstein (Across the Line: Exodus of Charlie Wright, The Lost Skeleton Returns, Everyday Joe) , composer Anton Riehl (Crank 2 High Voltage, Hell Ride and Everyday Joe), and make-up artist Emma Julia Jacobs, who has recently been on the make-up teams for Black Swan, The Collector and Jennifer's Body.

Cole, whose previous films include M, Visions of Horror, and Everyday Joe, is seen below on location during the teaser shoot: 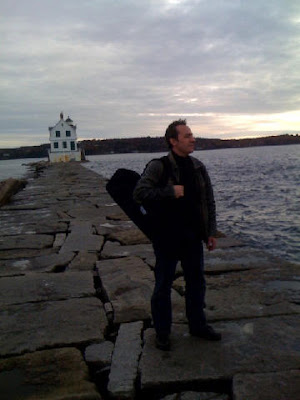 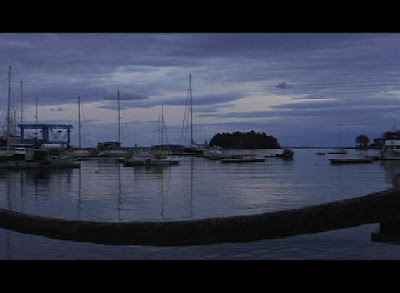 Posted by Undead Brainspasm at 3:23 PM

Very cool. My friend David Fite is the screenwriter and teh script is excellent.