Exclusive: Casting for The Return of the Killer Shrews

Undead Backbrain's report on the production of a sequel to Ray Kellogg's 1959 B-horror cult classic, The Killer Shrews, was greeted rather warmly, so we're happy to report that we have some exclusive news on the casting of Return of the Killer Screws, co-written by Pat Moran and original cast member James Best, and directed by Steve Latshaw. To save time, we offer you the unexpurgated press release, which is mainly concerned to announce the casting of "a new generation of Hollywood royalty", namely Errol Flynn's grandson, Sean Flynn: 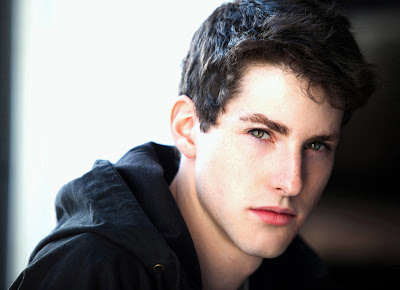 Coal Train Productions and Generic Filmgroup announced today that former Teen Idol SEAN FLYNN, fresh from his long-running role as Chase on Nickelodeon's Zoey 101, will be co-starring in his first adult role in Return of the Killer Shrews. Flynn's role as Derek will utilize his comedic skills first honed on the popular Teen TV series and provide added thrills to his large TV fan base. Return of the Killer Shrews, set on a mysterious island in the gulf of Mexico, places Flynn in a modern-day horror setting, but with a touch of blood-drenched comic mayhem ala Shaun of the Dead and the slightest flavor of retro Tiki exotica ala the great Drive-in horror flicks of the 1950s and 1960s. And Flynn even gets a chance to use his considerable charm, like his famous Grandfather, Errol Flynn.

Co-Producer Dorothy Collier-Best is very happy with this new bit of casting. "I am so pleased to have Sean Flynn on board. His family history and youthful exuberance is a perfect match for this retro project."

In his stellar career, co-star James Best literally walked in Errol Flynn's shoes. "Sean's Grandfather was a hero of mine. I was honored to have worn many of his clothes in movies; every time I turned around there was the name 'Flynn' emblazoned on the collar. Now I am honored to be working with his grandson."

Director Steve Latshaw, who recently collaborated as screenwriter with Dolph Lundgren on the hit action thriller, Command Performance, is equally excited about working with the young Flynn. "I'm certainly thrilled about working with a new generation of actor from this extraordinary family. But I'm even more excited about taking full advantage of Sean's strong sense of comic timing and considerable on-screen charisma, honed from years of film and television work."

Return of the Killer Shrews goes before the cameras in May, with release scheduled for next year. 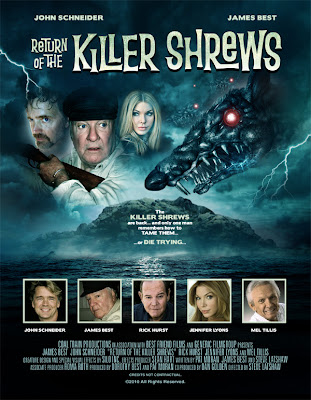 Posted by Undead Brainspasm at 8:38 AM