Another Day of the Triffids

The 1962 UK version of The Day of the Triffids was pretty good as a movie, despite its two barely related stories -- the main one by credited director Steve Sekely and another add-on by the uncredited Freddie Francis. At the very least it gave us the famous lines from the title song of The Rocky Horror Show: "And I really got hot when I saw Janette Scott fight a triffid that spits poison and kills." 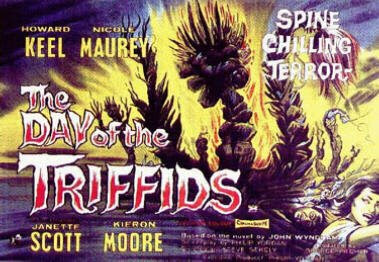 As a version of John Wyndham's classic apocalyptic novel The Day of the Triffids (1951), however, the BBC's 1981 mini-series beats it hands-down. It stuck to the book as well as can be expected, and featured a memorable approach to the title ambulatory plants themselves, making them flower-like and rather beautiful, instead of the 1962 film's grotesque monstrosities. 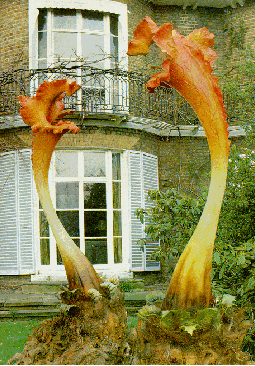 Anyway, now the BBC has announced that they are filming the story again, this time directed by Nick Copus and starring the likes of Vanessa Redgrave, Joely Richardson, Jason Priestley and Brian Cox. 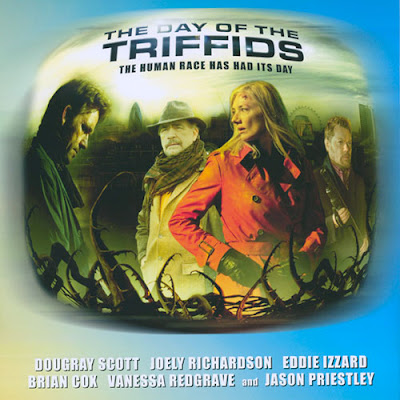 In the not too distant future, man's search for an alternative fuel supply leads him to uncover the ominous Triffid, a crop now cultivated for its fuel that seems to have a life of its own. But when billions of humans are mysteriously blinded, the Triffids find their way out of captivity. Free to roam the planet with a fatal sting, and a retributive taste for human flesh, the Triffids begin rapid breeding.

Now Dr Bill Masen (Dougray Scott) must lead the brave in their epic battle against the Triffids' reign of terror in what could be the last days of mankind.

It sounds less apocalyptic than it might be and I hope the modern passion for neat resolution doesn't dilute the power of the original story by introducing some lame method of destroying the Triffids (as in the 1962 film, where it was sea water!).

Posted by Undead Brainspasm at 5:33 PM