Twitch has grabbed hold of a trailer for Metallic Attraction: Kungfu Cyborg (HK-2009; dir. Jeffrey Lau), which is still in post-production. Further upgrades to the SFX are promised, but from these scenes the SFX moments aren't too bad -- it's the weirdly Chinese tonal shifts that cause one to raise an eyebrow.

Anyway, this trailer wasn't meant for public showing, so who knows how long it will remain available? Watch it quick.

At any rate, you will see the giant robot cop in action: 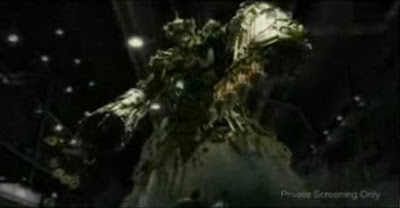 This is an English version -- not so much dubbed as audibly translated. If you want, you can watch the Chinese version on Twitch. 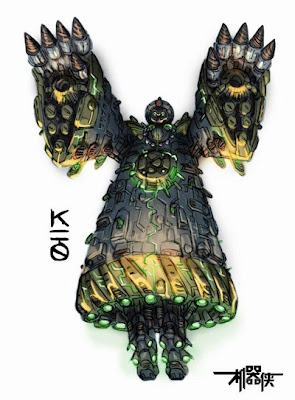 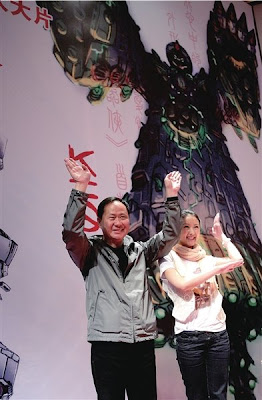 When I first saw the conceptual artwork I thought it looked rather awkward and, well, unlikely. But I must say I'm more convinced after seeing it in action.

Posted by Undead Brainspasm at 9:09 AM