Urban legends concerning reptilian humans living on the outskirts of society abound. Some are aliens. In fact, there's a rather large cult of "believers" who see alien reptilians hiding beneath the skin of world leaders -- all part of an invasion plan that has been pottering along for some time, apparently. Metaphorically astute, yes, even if you're skeptical about the theory's literal reality.

Others speculate on the possibility of reptilian humans as an evolutionary offshoot from the dinosaurs. Leaving aside issues of genetic incompatibility, this idea does rather ignore the well-accepted fact that dinosaurs weren't reptiles. Still, reptiles or not, dinosaurian-hominid hybrids make for a neat exercise in imaginative paranoia.

Here are two other accounts of reptilian humans, supplied by Jared Cohn, who is directing an upcoming documentary-style film on the subject.


Hopi Indian Legends
The Hopi Indians of northern Arizona have traditions that recall a time when their "Snake Brothers" built and occupied underground cities in Arizona, California, Mexico and Central America. Once such underworld city is believed to have been built on the west coast, near the Pacific ocean, under Los Angeles, California.

The Lizard Man of Scape Ore Swamp
South Carolina is home to one of the most perplexing creature sightings reported in modern times. The animal, known as the “Lizard Man”, was seen several times around Scape Ore Swamp, outside of Bishopville in Lee County. Could this lizard man be an animal from prehistoric times, who has escaped detection by inhabiting the rural swamplands? And if not, then just what is it? 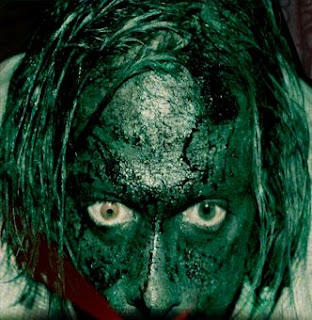 Cohn's film centers around a bunch of young filmmakers who encounter a race of reptilian humans in the sewers of Los Angeles. Here's one of the first interviews they recorded on the subject.


Jacob Cohen worked in the Banning tunnels [a series of catacombs under downtown LA]. We met up with him to hear his side of what really happened. His testimonial may help us uncover the truth about the Underground Lizard People.

The upcoming film is Underground Lizard People, currently in post-production, and is described as "the true story of five documentary filmmakers who are attacked by a cannibalistic civilization of half human, half lizards!" Director Jared Cohn also wrote the screenplay with Ed Erdalac. It stars Caitlin Gold, Clint Byrne, Colin Walker, Lauren Klemp, Hugo Dillon and Courtney Hammond. (See full credits at the end of this article.) 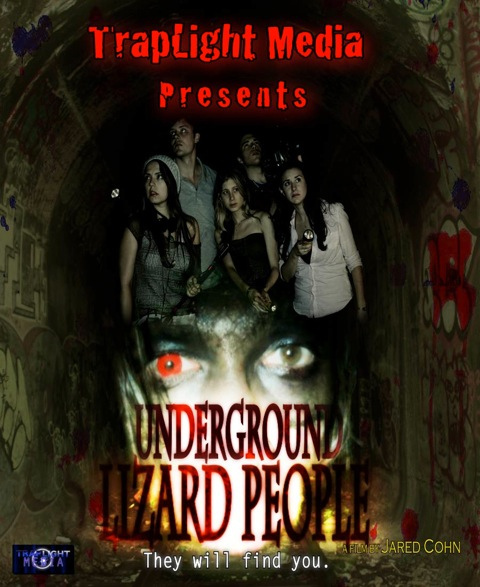 
The story of a group of passionate filmmakers who venture deep into the mysterious underground Banning Tunnels to unearth the truth regarding a series of disappearances. The group soon finds the answer to the mystery, a forgotten civilization of half human, half lizards!


This is a unique horror/thriller, based on real urban legends, that incorporates both narrative storytelling and documentary style interviews to show the viewer that these creatures really do exist among us.

A group of passionate filmmakers, led by director Jason Watts, venture deep into the mysterious underground Banning Tunnels to unearth the truth regarding a series of disappearances.

After a series of run-ins with some of the tunnel’s inhabitants including the childlike Roy and the mysterious Chip, the group soon finds the answer to the mystery, a forgotten civilization of half human, half lizards.

The young film crew soon become victims of vicious attacks from the creatures and learn that they are lost in the maze of tunnels. They must run and fight for their lives to avoid making the Banning Tunnels their graves. (Press Release) 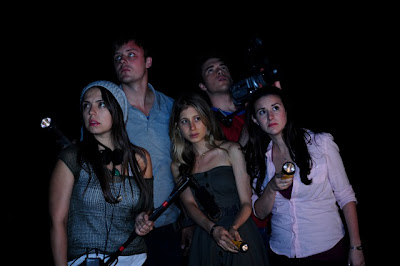 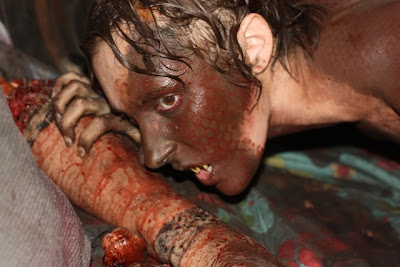 It is claimed that Underground Lizard People is "based on actual eye-witness accounts" and certainly the film's approach is the faux-documentary style that has become so popular since The Blair Witch Project made its huge paranormal splash back in 1999 -- though from the following official trailer this one is not nearly as chaotically jerky as Blair Witch and others that have followed, making it watchable for those whose stomachs don't handle all that irritating movement too well. 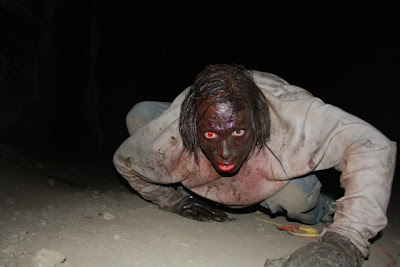 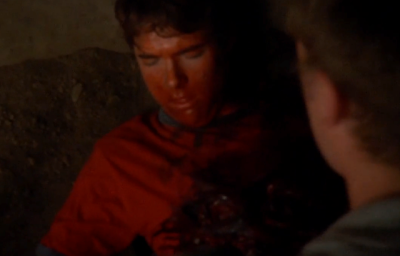 So, is this fictionalised fact or just another film that has embraced the faux-doco approach? Look for it later this year and decide for yourself.... 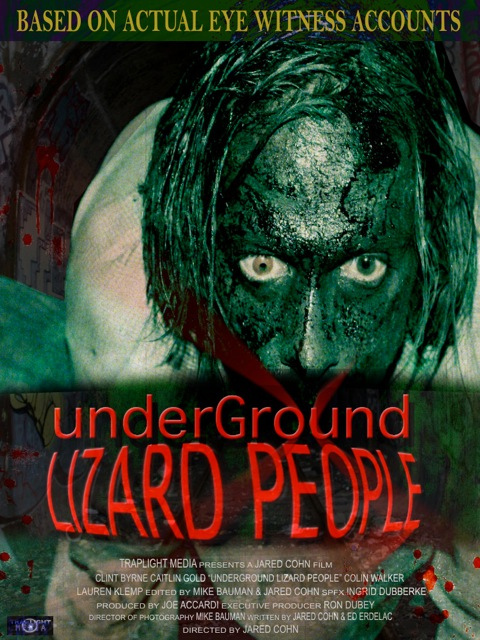 Just keep in mind that there is a back-history to all this. In the early 1934, for example, a geophysicist mining engineer named G. Warren Shufel, working on assorted urban legends, put his own scheme for unearthing the secrets of the Underground Lizard People into effect. A report in the Los Angeles Times for  January 29, 1934 says:


Busy Los Angeles, although little realizing it in the hustle and bustle of modern existence, stands above a lost city of catacombs filled with incalculable treasure and imperishable records of a race of humans further advanced intellectually than the highest type of present day peoples, in the belief of G. Warren Shufelt, geophysicist mining engineer now engaged in an attempt to wrest from the lost city deep in the earth below Fort Moore Hill the secrets of the Lizard People of legendary fame in the medicine lodges of the American Indian.

So firmly does Shufelt and a little staff of assistants believe that a maze of catacombs and priceless golden tablets are to be found beneath downtown Los Angeles that the engineer and his aids have already driven a shaft 250 feet into the ground, the mouth of the shaft being on the old Banning property on North Hill street, overlooking Sunset Boulevard, Spring street and North Broadway.

And so convinced is the engineer of the infallibility of a radio x-ray perfected by him for detecting the presence of minerals and tunnels below the surface of the ground, an apparatus with which he says he has traced a pattern of catacombs and vaults forming the lost city, that he plans to continue sending his shaft downward until he has reached a depth of 1000 feet before discontinuing operations.


In case you live in the LA area and want to check out the tunnels for yourself, here's Shufelt's secret map (click to enlarge): 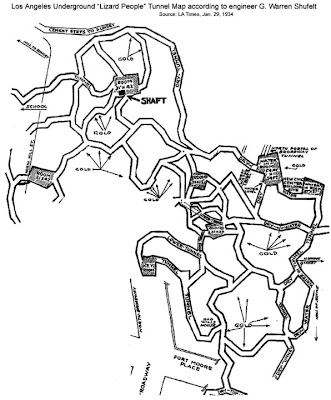 Cast
* indicates that it is subject to change

unique and scary horror conspiracy
film about lizard people living in caves around the world. Scary if true. Must see for yourself.