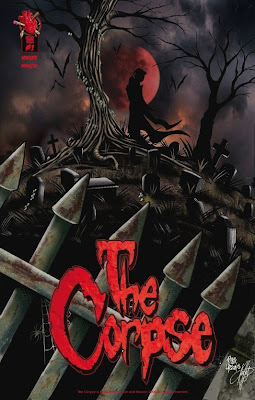 A guilt-ridden corpse takes on a heavy burden when he agrees to help a Fallen Angel keep the other undead in their graves and the powers of evil from corrupting our world.

Described by its creators as “Hellboy meets Grindhouse”, The Living Corpse works the "idea of combining a classically styled hero with one of the most iconic figures in horror history" to "take comic book movies to the next level by providing not only outrageous, funny and action-packed set pieces, but also a deep and engaging story filled with complex characters and rewarding subplots."

On the Style of the Film:

While the originality of the concept itself is enough to make audiences take notice of “The Corpse”, the style will also push boundaries and attempt to redefine what people have come to expect from comic book movies. Taking the lead from Frank Miller’s Sin City and 300, we’ll push to bring more of what the fans have fallen in love with directly from the page to living breathing life on a giant screen. Expect to see world that just can’t be seen anywhere but in “The Corpse”. 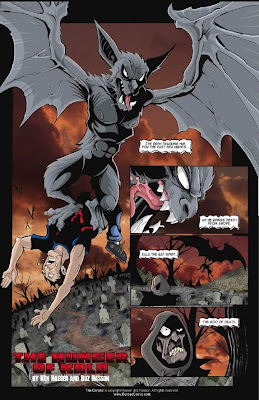 Even allowing for marketing hype, this project looks promising.
Posted by Undead Brainspasm at 6:45 PM