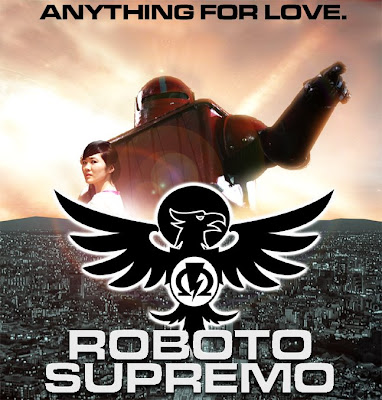 We don't have much information at the moment, but this trailer for an upcoming film (short?) by Victor Varnado called Roboto Supremo suggests that it has (a) daikaiju antagonist(s):

As far as I can tell, the project begins filming in June, and is a development from an online series of three "episodes" that played on Channel 102.

Posted by Undead Brainspasm at 7:22 AM