Update: Flowers for the Dead 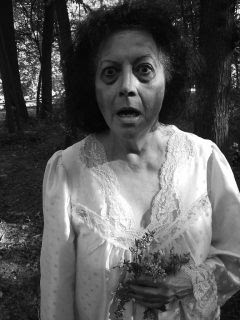 Joe Barbarisi, director of the in-progress zombie film Flowers for the Dead, has send us the following update:

It's looking good for Flowers for the Dead. I've started the rough cut of the film, and when that's all done I'm taking all master MiniDVs, Audio Cassette tapes to the Production Company ‘50 BC Productions’, whom I met while working on their Zombie film, Fleshcrawl (fleshcrawlmovie.com) -- a bunch of talented people like Dustin Bennett and Troy Collins, who have the know-how on downloading and all computer post-production -- which I'm still in the dark on.

Their knowledge will sure take Flowers to a higher level.

I also received a phone call from Gary Streiner who is one of the original ‘Latent Image 10'′ people who brought us the original Night of the Living Dead. Gary is a great guy, and he appreciates the efforts I have made on my film, including how I shot it old-school on Super 8. I hope to work with Gary in the future, and help get his ‘The Living Dead Fest’ to grow ... and hope to have the chance to have my film screened at the festival, that celebrates Night of the Living Dead by having an outdoor screening of the film each Halloween in Evans City PA -- the birthplace of the Zombie/Ghoul genre.

To have Flowers a part of that festival would be a highlight for me ... and I'd feel very honoured.

Flowers for the Dead has a nice new webpage up from ‘popstarsplus’ and Lon Dobbs, who was kind enough to feature Flowers as part of his growing site. Here's the link to the Popstarplus page.

The page will have updates, notes, photos of the progress of the short film, plus interviews with the cast and crew, who were just a thrill to work with.

So keep checking in ... the trailer will be up there soon, too.

Posted by Undead Brainspasm at 5:54 PM

you go Joe, hope it all works out good luck Petey.....