Dozers, But Not That Mechanical Kind 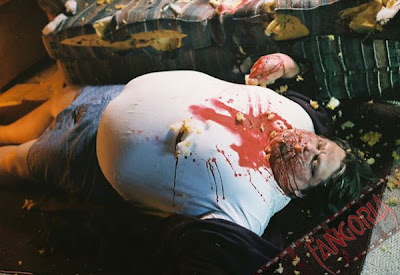 “A few years ago, our homeless-zombie script URBAN DECAY was shot [by director Harry Basil] with Dean Cain, Meat Loaf and Brooke Burns... The producers dropped the ball on it and it’s still tied up in court. It’s a fun, singular take on the zombie genre that deserves a release. We wanted to do something on our own again, so we came up with another off-kilter ghoul story about a stress-relieving drug patch called Solace that has the side effect of driving people crazy."

Read more on Fangoria.com
Posted by Undead Brainspasm at 7:36 AM