Lost Treasure of the Grand Canyon (US-2008; dir. Farhad Mann) 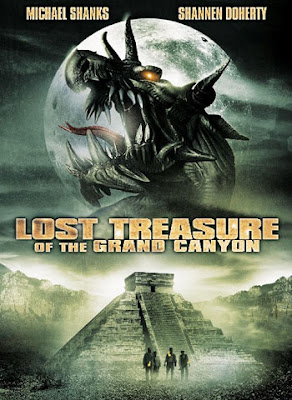 In the early days of the 20th Century, an expedition led by Dr. Samuel Jordon traveled deep into the Grand Canyon in search of a long-rumored hidden city. The entire team disappeared. But when Jordon’s archaeologist daughter Susan (Shannen Doherty) leads a rescue party into the uncharted valley, she will discover an ancient civilization ruled by savage warriors, human sacrifice and a mythological monster that feeds on carnage. Even if the explorers can survive the deadly trials of the Aztecs, will they find a way to escape the ultimate ritual of evil?

Michael Shanks and J.R. Bourne of Stargate SG-1 co-star in this Sci Fi Original Movie from the producer of Sands of Oblivion and The Fallen Ones. 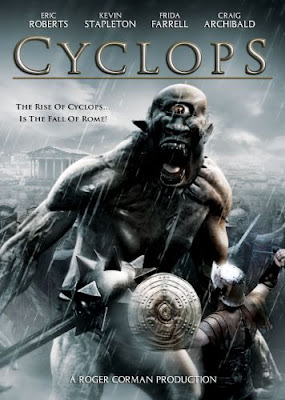 When a terrifying Cyclops is terrorizing the Roman countryside the corrupt emperor, Tiberius, sends in his strongest general, Marcus, to deal with the situation. Soon the Cyclops is captured and brought to the great city to fight as a gladiator, but the tables quickly turn on Marcus, who must fight as well. Bitter enemies become great allies to overthrow the tyrannical power of Emperor Tiberius and his nephew.

This one stars Eric Roberts, Frida Farrell and Craig Archibald and was produced by B-flick guru Roger Corman. It was first aired on the Sci Fi Channel.

In the midst of World War 2, a OSS officer leads a group of female pilots on a mission to deliver a secret weapon, only to crash land on an island in the Pacific after an encounter with a deadly storm. On the island, they must not only contend with a small band of Japanese soldiers but the native inhabitants of the island as well - vicious prehistoric Pterodons. (IMDb)

Is that cover accurate? That head looks more like a T-Rex ... with wings! And are they really that big? 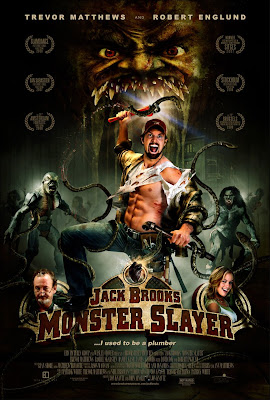 As a child Jack Brooks witnessed the brutal murder of his family. Now a young man he struggles with a pestering girlfriend, therapy sessions that resolve nothing, and night classes that barely hold his interest. After unleashing an ancient curse, Jack's Professor undergoes a transformation into something not-quite- human, and Jack is forced to confront some old demons... along with a few new ones. (IMDb)


Posted by Undead Brainspasm at 7:38 AM

The warbirds are pretty much closer to human-sized.