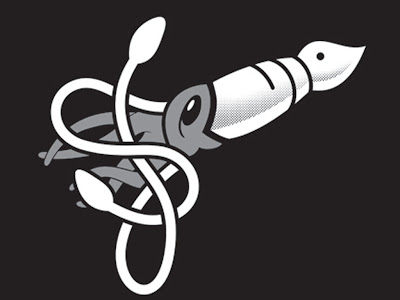 $quid is an in-production Aussie film about a giant squid living in the Brisbane River. It is being made by Daley Pearson and Luke Tierney and is set to be released this year.

It began life as an award-winning short film:

This isn't the only short film featuring the Brisbane River that Pearson and Tierney have undertaken. Another is called Adrift, which is, with its pseudo documentary style, quite hilarious.

At some point the guys decided to make $quid the short film into $quid the feature-length film. Here's what they say about its inspiration:

Imagine Anaconda directed by the Coen Brothers -- a 'creature feature' driven by character rather than action. Then imagine a giant squid attacking a New Year's Eve singles cruise on the outskirts of the Brisbane River. That is the inspiration for the feature film, $quid. ... We're calling it a Romster Comedy. That's a genre we invented, which is a romantic, monster comedy.

Of course, the motivation behind the attacks seems to be the fact that one of the passengers on the cruise owes money to the giant squid. Hence the dollar sign in the title. 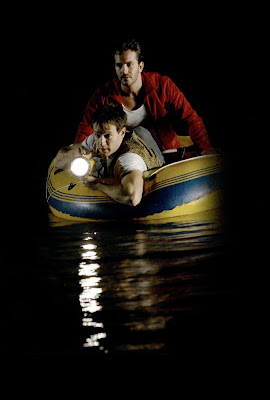 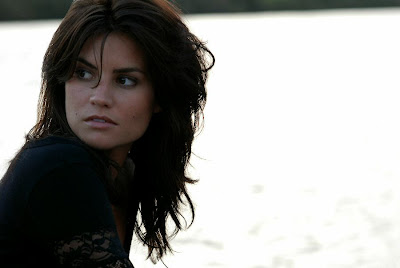 Pearson and Tierney have put together a 15-part Making of $quid documentary. Here is the Introduction:

And here's Part One:

You can watch all 15 parts from the guys' YouTube page. 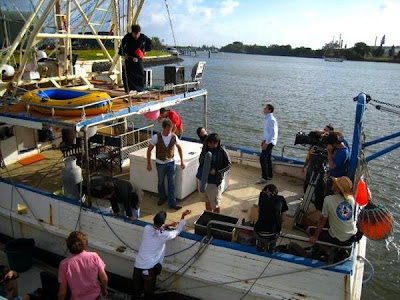 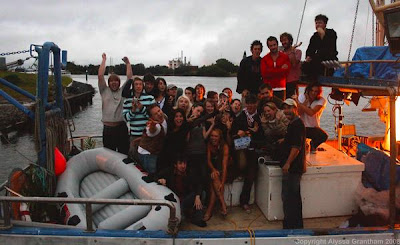 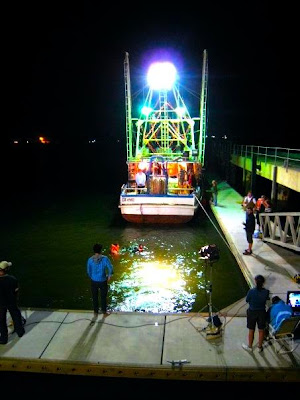 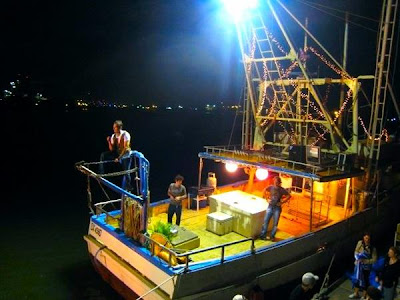 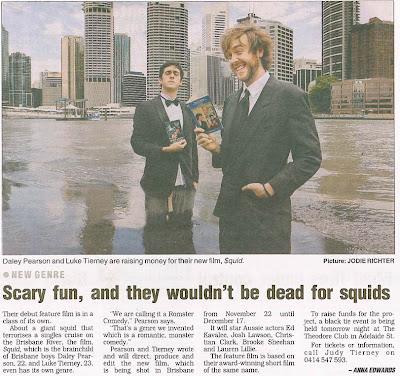 Posted by Undead Brainspasm at 1:04 PM